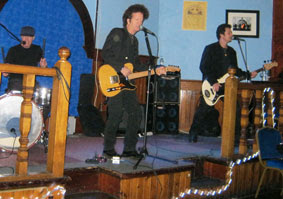 Just prior to heading off to NY, a little bit of that state came to Beith in North Ayrshire. In The local Masonic Hall no less. The great Willie Nile made a return to that airt for a Sunday afternoon show that should surely be the template for gigs to come. A cool room, a great crowd untarnished by the spectre of hipster indifference and a very cheap round of drinks. OK, so it’s a bit off the beaten track – that just makes it even better.

In fact this is perhaps the future. Where an act doesn’t fall in with “the circuit” and goes back to old principles. Of course there’s internet and all manner of media gubbins but there’s no substitute for intimacy and if you’ve got the songs then this type of thing is gonna be a skoosh. There has to be a venue like this every town in the UK. 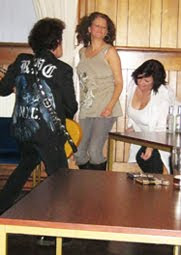 Playing this type of place, you’re gonna be taking your message directly to the people who need it like Willie did. So you get "Can’t Stay Home", "House of a Thousand Guitars" and "The Singing Bell" alongside "I Wanna Be Sedated" and "People Who Died". Authentic NY rock’n’roll thrills and spills transplanted to North Ayrshire. 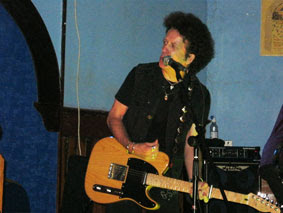 Opening up the show was Adam Smith, a local youngster who put the Kevin Coyne into Paulo Nutini and then Micky Kemp, a man with transatlantic connections to the boardwalks of NJ and Austin to name but two outposts of the stuff that makes all this tick.

Kudos to Billy Crawford, the man who put this all together and here’s to many more such events out there on the moors.

Willie Nile will be part of a charity event in Glasgow on December 11th or 12th. Can't find details but it's supposed to be at the O2 ABC in Sauchiehall Street.
Posted by Lindsay Hutton at 2:15 PM

I'd like to catch willie again, but I couldnt handle seeing the Rising again and their Broooooce tribute nonsense