Much as the concept of just hibernating appeals more than anything at the minute there's no rest for the wicked. Or the criminally cheesed-off. If there was a prize for the person least likely to get anything together right now then I’d scoop it hands down.

Got a wee bundle of vinyl to sift through here but i've got a problem with my turntable. Also been trying to figure out whether or not the bloody jukebox is fixable at all. My will to live ebbs and flows. Heavy on the ebb.

Caught Everett True's Nirvana book event in Edinburgh on Saturday. It wasn't a conventional launch but it was pretty entertaining. A strange venue too, The Forest Café in Edinburgh. More about that when I get to grips with the tome.

Later, The Drams (who used to be Slobberbone) played at The Bongo Club. The record is good but the live scenario left me pretty much unmoved. Best parts were a tune that sounded like Roky Erickson and a version of “I Am The Cosmos”. Openers, The Porch Song Anthology sounded fairly promising. A couple of them used to be in Telstar Ponies with Mr Keenan.
Posted by Lindsay Hutton at 6:53 PM No comments: 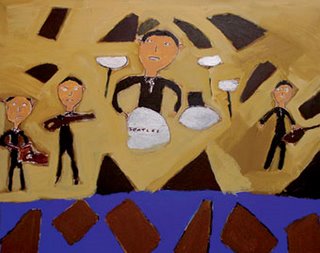