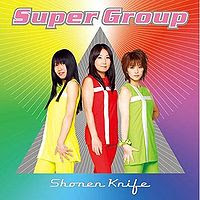 There’s never that much on at Tuts anymore that I feel like seeing but having said that, there are a few things coming up over the course of this month. Iain Shaw is playing in the bar downstairs prior to the Chuck Prophet show tomorrow night and wir ain Sir Jon Graboff is due with Neal Casal on the 24th.

Got there last night about 5 minutes after Nanobots had started. Had no idea there was a third act and hoped there wouldn’t be but it did seem unlikely. This duo take offcuts from Man or Astroman and The Rezillos – "Destination Venus" in particular that might have seemed sort of futuristic in 1977 but now it’s more like pastiche. The audience seemed to like it some but I really wasn’t in the mood.

Suspire are a local band with plenty of youthful exuberance that can crank out quite a racket. It’s all a bit post-Franz via Biffy filtered through the more boisterous Talking heads moments. Lot of tempo changes but the (girl) drummer really keeps the whole melee together. If I were being objective and let’s face it, when was the last time that happened? OK maybe last weekend a little bit, when I conceded that The Stooges were “no’ bad”. Anyway, I think this trio could arrest the hearts and minds of a considerable swathe of 20-somethings with a flexible catchment for you more musically promiscuous elders.

Shonen Knife was just flat out great and never flagged once. “Twist Barbie” was the second song in the set and they are charm personified. The assembled throng punched the air and exclaimed “barnacle – hey!”, rode on a rocket and they even got away with a version of “Jet”. Iain remarked to me that it won’t sound anything like that in Hampden come the summer. Too true. Sound was great, performance was top notch and the good vibes were reverberating all around. These days, the Knife is founder blade Naoko Yamano, Ritsuko Taneda and newest recruit, drummer Emi Morimoto. They motor like a perfectly formed force of nature and Ritsuko has the sunniest disposition you'll see this side of Kim Schifino. If you get a chance to see them, take it and if you’re disappointed then abandon anything approaching hope.

Here are the rest of their Euro show dates, there's no better tonic to the wearing down process. Really. They're here to help you. Thank them for coming any way you can.

A wee taster from last night of the high jinks that awaits... 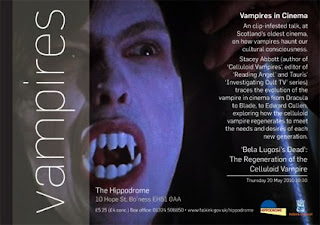 Posted by Lindsay Hutton at 5:37 PM No comments: