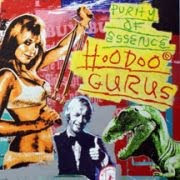 A message from Mr Faulkner...

DEFINITION: A botnet (also known as a zombie army) is a number of Internet computers that, although their owners are unaware of it, have been set up to forward transmissions (including spam or viruses) to other computers on the Internet. Any such computer is referred to as a zombie - in effect, a computer "robot" or "bot" that serves the wishes of some master spam or virus originator.

Well, well - here we all are again.'Purity Of Essence' comes out in a little under two weeks.

This endless waiting is agonizing.

Funny you should ask: I have concocted a megalomaniacal plan to recruit YOU to join our Human Botnet Project.

Let me explain: we'd like you to spam all the friends in your address book (and get them to do likewise to theirs) with the link to the first episode ('Day One') of our little web-series 'Must Travel On Wheels'. Well, "spam" is a little harsh-sounding - let's just call it "flagging": please flag your friends (and frenemies) the word about our new mockumentary serial. A new episode will be posted every week for six weeks and each one will contain a full song performance, plus the "story" about the making of 'Purity Of Essence'. We think our little drama is a world first. Yes, you heard me right: A WORLD FIRST! There have been other web series, some even containing music ('Flight Of The Conchords' springs to mind) but never has a real band built their music videos around a fake "tell-all documentary" and posted it online as a series. Whether we SHOULD have is another question...

You can watch the first episode for free (as they all will be) right now at Bigpond Music however, if you want to, you can buy it as a download for your Telstra mobile phone. In a week's time this episode will also be available on iTunes, bandit.fm, YouTube and other places but Bigpond Music will have every new episode exclusively for a week while the series runs. I have one sad bit of news: Mac users (like myself) will have to wait a week until the content is posted elsewhere (as mentioned) because Bigpond's video streaming does not support Mac: we're simply incompatible. Boo! If you live overseas and are also having trouble accessing Bigpond content (I dunno if that IS a problem) remember we'll ALL get to see it on YouTube and elsewhere, starting in one week.

So, join the Gurus' Human Botnet Project and annoy all your friends with your Gurumania, then get them to do the same to their friends until we achieve a critical mass. We want the 'Crackin' Up' video to turn into a DOS attack (Denial Of Service) leading to internet chaos...well, maybe not. But it would be nice if it made a few more people aware of the Gurus and 'Purity Of Essence' in particular. Let's test that whole "six degrees of separation" theory! I want Kevin Bacon talking about us! Maybe we should threaten seven years bad luck or promise lottery wins if the recipient forwards our link to six other friends...(god, I hate those emails).

So enlist in our zombie army, annoy your friends and join us for laffs a-plenty (at our expense). 'Must Travel On Wheels' is a slow burn but it will definitely repay your attention.Anyway, unlike other 'net spam, at least ours is offering free entertainment. Take it or leave it.

In the immortal words of Hedley Lamarr, "Do do that voodoo that you do so well"

Posted by Lindsay Hutton at 7:18 AM No comments: 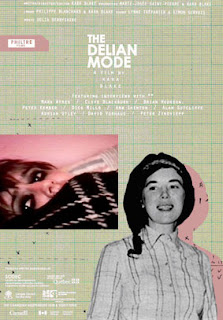 Sunday (28th February) sees the Monorail Film Club do the Glasgow Film Festival thing. It's a year since "The Wrecking Crew"? Good grief. From the programme...

"Shot in a lilting, evocative style by filmmakers Sheldon and Diane Rochlin (now Flame Schon), Dope was praised as a film “ahead of its time” by Ricky Leacock. It works as a magnifying glass into the swinging London drug scene of the ‘60s with a great soundtrack mixed by Mark Dichter and includes rare footage of Syd Barrett-era Pink Floyd. Beautiful as well as chilling, Dope melds shots of that inbetween realm - the fragile edges of reality and dream, order and chaos, inertia and motion-reflecting transience, mortality and impermanence. Dope will be preceded by Kara Blake’s The Delian Mode (25 minutes) a fascinating documentary on Delia Derbyshire, the pioneering composer and BBC Radiophonic Workshop innovator who realised the original “Doctor Who” theme and whose influence today is stronger than ever.

This event will be introduced by John Cavanagh, broadcaster, musician and friend of the late Delia Derbyshire."