Thanks to Christian for the heads up on this...

Posted by Lindsay Hutton at 5:49 PM No comments: 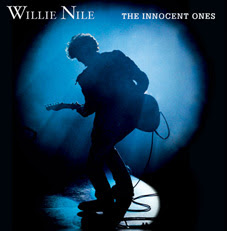 It’s not possible to be in a number of places at once and when Willie Nile was in Largs (!), I was at the other end of the country. He and his band will be in the UK for at least another week as far as I know so you should check these dates. The Kaptain has been testifying all bloody week to the affect that this restored his faith in this thing called rock’n’roll and this is a man not prone to exaggeration.

Willie’s new album “The Innocent Ones” pretty much picks up where “Night Of A Thousand Guitars” left us. More tales from the American Music songbook performed with not a smidgeon of bluster. Truth is that this guy could have gotten to be where Springsteen is. Or Tom Petty for that matter but for some reason it wasn’t to be. The fact that he’s still knocking out material of this quality at this point speaks for itself. The Boss hasn’t come close to anything this heartfelt in years that I’ve come across. And I wish the comparisons to The Clash would cease, latter day Strummer when he took on the mantle of being a kind of Joe Ely maybe - but never the former.

Nile and Ely along with Scott Kempner, share an ability for retaining the romanticism and timeless passion of how music can make things alright. “Singin’ Bell” comes in like “From The Underworld” and is soon hitting a Rockpile pace that recalls “Guitar Town” era Steve Earle. “One Guitar” sees the 1000 whittled down to just the single digit. Not sure what he chose in the end but it sure sounds good. “My Little Girl” is Bobby Fuller via Buddy Holly, it doesn’t get too much cooler than that.

The standard is high here and my own favourite is “Can’t Stay Home” but what I really acn’t wait for is a chance to see the canon performed during his next time around. There’s nothing new here – hell there’s nothing new on this earth – but there’s precious little around that’s guaranteed to hit the spot like this. There’s no substitute for honesty and “TIO” sweats that rare commodity profusely.
Posted by Lindsay Hutton at 5:33 PM No comments: 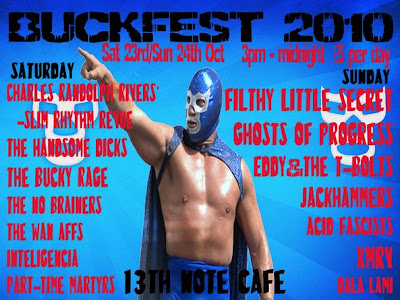