The vid quality isn't great but check the audio... via Staysick

If you are in San Francisco this weekend, on Halloween specifically, you won't find a better show than Nobunny performing as THE CRAMPS at Thee Parkside. I hope some of you can make
it. There are a few bands covering some of the greats:

Nobunny played as the Cramps last year too.

Seriously great, totally wild and fun in the spirit of The Cramps. I imagine early Cramps shows were like this. No offense to any "psychobilly" bands that cover the Cramps, you know the ones with the greasy hair and the stand-up bass and the leather pants, but Nobunny is some real deal, wild and raw rock and roll live.

Actually, I don't concur with that last bit. Total offense to those "psychobilly" bands. It's time Nobunny came to Scotland methinks.
Posted by Lindsay Hutton at 9:40 PM No comments:

Tonight at the Lakeside Lounge NYC

Posted by Lindsay Hutton at 4:47 PM No comments:

Scars, TV21 and Malcolm Ross at Edinburgh Picturehouse on December 29th.
Posted by Lindsay Hutton at 4:40 PM No comments:

Posted by Lindsay Hutton at 4:31 PM No comments: 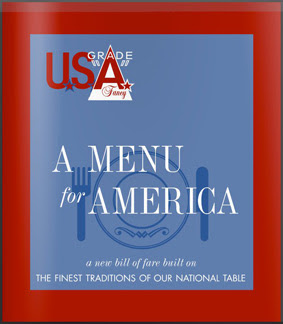 It’s been remiss of me not to mention this before.

The McBurnie/Hammer tag team has put together Grade "A" Fancy Mag. The browser that I view it in isn’t ideal but its quality gear and if your computer is up to snuff then you won’t have any problem. Can’t help thinking that these kids should be running a proper magazine but there’s not that much call for such a thing these days.

Related to this… not sure if I posted Amy Rigby’s blog entry on Ari Up. Did I? If not then I’ve certainly got a reminder to do so scribbled on one of these many pieces of paper scattered around. Not so much stream of consciousness at the minute, more the occasional dribble. And keeping up the thread, I was overjoyed to hear about the return of Wreckless Wradio. And while we’re on the subject, Eric is up for producing YOUR album. Talk to him about it.

As for the tie up between this and how the posts appear on farcebook, it could be to do with the version of blogger that I use. Don’t really have the time or inclination to alter the format at present, being of the “if it ain’t broke” persuasion. Sometimes it works, sometimes it don’t. The notifications are skew wiff also. Been futzing with the crackberry and making slow progress, not that I use it to any great degree but I will try to update this thing from there at some point to see how that works. The racket that is the concept of “the mobile phone contract” is not something I’m enamoured with to be honest. That will come as a surprise to you no doubt?

Guess that brings us to Thursday...? The Village in Leith is a neighbourhood bar that’s not easy to reach if you’re not in a car. That said, if you do make the effort to get there - it’s a great spot. So, long rydin’ Sidney G and them Coal Porters were bound for Bute but something went awry and Paula McNally of The Sunset Delay stepped in and sorted out this alternative. I didn’t realise she’d come back to Edinburgh from London but anyway, it means the band is active again and to prove that, they opened the evening’s entertainment.

The CP’s did that bluegrass thing in support of their Ed Stasium produced latest album, "Durango", no 95 in evidence. Fiddlegal/singer Carly Frey from British Columbia is a great foil for Sid and Neil, I don’t think she was in the band the last time we saw them. They’re in the Borders someplace tonight then they scoot back further North for a show at The Lemon Tree in Aberdeen tomorrow.

It’s Friday, a little spurt of progress was registered earlier but I feel the strength ebbing away. This weekend is 1 hour longer than recent ones though so some solace can be gleaned from that. What will you waste your extra 60 minutes on?

Posted by Lindsay Hutton at 3:53 PM No comments: