Formed in Deptford Fun City, south London, a few years back by a bunch of punk survivors and misfits with a love of raw rock n roll and bored with a smug and complacent music scene.

The band DNA? Well, Punk destroying the moral fabric of society and running riot the UK in 1976, NYC's rock n roll underground of the 70s, Detroit’s finest revolutionaries and dozens of 60’s and 70’s garage psychos.

As if we need to spell them out; Ramones, Pistols, Damned, Dead Boys, Heartbreakers, Dolls, Real Kids, Stooges, MC5, Motorhead. All this and more, you know the score. When sex, drugs and rock n roll meant something other than corporate rehab...

The sound? Think Ramones and the Heartbreakers kicking the crap out of each other as The Roxy burns and the Damned serve up the drinks. Sometimes tight, sometimes not. Occasionally sober but always eventful.

“Deptford Calling” will be released in January 2011 on CD and later on a very limited vinyl run of 150 – watch out for some tasty album launch gigs and more, give yourself a musical kick up the arse with 12 great tunes that’ll hook you deep.

TPx
Posted by Lindsay Hutton at 9:35 PM No comments: 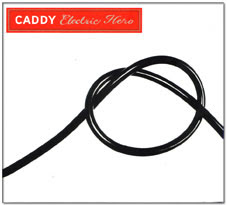 "Electric Hero" by Caddy is an unassuming item. The entire album has been played, produced and assembled by Tomas Dahl who did time with T*rbonegro and now bashes them drums for the mighty Twisteroos. I was fortunate to meet him some weeks ago in Madrid and he crossed my palm with this fine selection of tunes, released on the Diner Junkie imprint out of Buford, GA. This Norwegian fella has taken extract of Redd Kross, Teenage Fanclub and Imperial State Electric and come up with a veritable power pop cracker.

Take a dusting of ELO, Beach Boys and the glammier end of Hellacopterism and I wouldn’t be sticking my neck out to suggest that regular NBT types wouldn’t LOVE this. A one man Fountains of Wayne/Weezer, fans of those bands will find solace in “This Good Feeling”. It’s chock full of that radical dynamic twist but done like The Shoes. 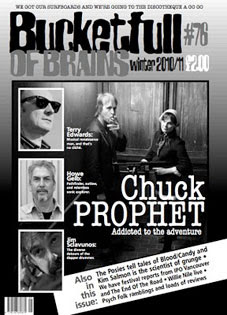 The cable motif on the digipak is a simple declaration of the content. Everything about Caddy is understated except for the contents of this excellent debut.

And while we’re on an “understated” kick, The Britannicas self titled set on NJ label, Kool Kat Musik peddles some of the same influences, in particular TFC. They also employ an NRBQ/Skeletons device (“The Girl from Malasaňa”). In my opinion, the “band” name is terrible and the artwork isn’t doing it for me either but the content is what counts. As it turns out, these “Brits” are three guys operating from Stockholm, the USA and Australia to put together their take on anglophile pop that always seems to shimmer better when it comes from outside this sceptic isle.

I was so relieved to find out that they didn’t sound like The L*bertines and the homemade nature of the tracks add a certain character just like “Black Vinyl Footwear” did all those years ago. 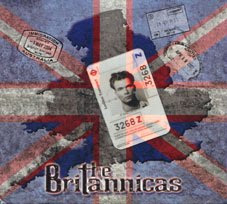 “One of these Nights” is not the Eagles song but rather a neat little number that could easily sit in a Rubinoos set. That should go some way to explaining that we’re not dealing with musical chopped liver here - even when it all goes a tad Flaming Lips.

So while we’re cruising the pop avenue, you ought to be aware to the point of having renewed your sub that there’s a new Bucketfull of Brains out. #76 includes a Chuck Prophet cover story and also a Kim Salmon interview. At 2 quid a scud, I don’t know how they do it but they do and it’s important that they can keep on doing so.
Posted by Lindsay Hutton at 9:14 PM No comments:
Newer Posts Older Posts Home
Subscribe to: Posts (Atom)