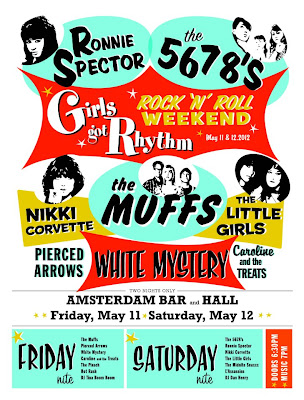 Posted by Lindsay Hutton at 8:29 PM No comments: 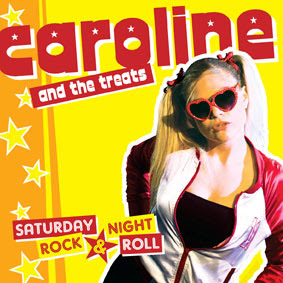 Saturday Night, Rock’n’Roll delivers exactly what the title suggests. Nailing a big ol’ neon chunk of glam to their more rock-oriented debut, this plays out like an off broadway – original cast recording to an imaginary show celebrating the last great wave of teenage music.

The songs shadow the big stomping blueprint that became de rigeur in the early seventies. Guys that looked like brickies would dress up as women and pick up guitars, make drum sounds like big ol’ biscuit tins and rev up a 50’s rock’n’roll spirit to create a sound that never dates and will never go out of off kilter fashion.

Morten Henriksen knows his onions, inside out, upside down and every which way. He’s taking the Mike Leander, Nicky Chinn, Mike Chapman, Bill Martin and Phil Coulter hymnsheet and wearing his heart on them riffs. Familiarity doesn’t always have to breed contempt and there’s a playful devotion to stupidity here that’s not easy to pull off. Invigorating a sound that ruled the earth before most of the band was born, even Morten.

Caroline and the Treats will not be winning any awards for subtlety or restraint anytime soon. Originality might not be their strong suit either but in terms of energy and an outright mainline to a good time then they’re packing a welcome diversion in these barren times. This stuff delivers a loud crunch in the direction of introducing this sound to a whole new generation.

No lesser authority in the dispensing of R+R thrills than Doctor BB Quatro of the Barcelona Centre for Powerchordology has intimated that the last time this crew hit Spain, major hilarity ensued on a nightly basis. I only ever seen them play in the daylight but imagine that things get a whole lot crazier after dark.

Cags and co have captured a very analog sound. “Bad Boyfriend” is a head on collision between The Glitter Band and The Ramones while “Knockout Wood” is like Wilko Johnson moonlighting in The Arrows. CATT hark back to a time when Saturday morning TV shows ruled the minds of record buyers. The title track recalls the pace of “Heart of the City” and takes it up a notch and maybe singlehandedly jump start the RAK label. “Can’t Stop” will make you grin with it's “Some just get it and some just don’t” message. Ain’t that the truth.

This pneumatic amalgam will be bringing their vaudeville glam to your town and you will party down. Or suffer the consequences.