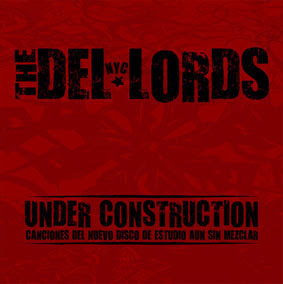 Nortonville on Dale Hawkins
Posted by Lindsay Hutton at 6:17 PM No comments:

In the last instalment, I was threatening to watch the industry bunfight on TV last night. As it is, I sat down with a cup of coffee – drank it – and subsequently passed out before the nonsense began. I vaguely remember waking to see Stringer Bell on the box but then just turned it off. I’d never have been able to pick up the plot thread.

It was a shame because I sort of wanted to see Lady GawGaw as Cheryl Cole would pronounce it. Or maybe I didn’t really. People are horrified when I admit to sort of liking her hit singles. I warmed to her after Eric Cartman “covered” “Poker Face”.

The Friday FAK show is being reported as sold out. This is a tacit boot up the jacksy with regard to arranging to get tickets in advance. In this instance, my confusion about the size of the venue (approx 100) with someplace down there that Laura (Cantrell) played has resulted in probably having to go to Tuts on Saturday. It’s 300+. Lesson learned. Update @ 7.30pm - Not sold out. Entry vouchers only available via everybody's "favourite" ticket dispenser. Paul "The Cat" Johnston made this discovery. And much as it sticks in my craw, I sprang anyway.

Been having some e-mail hiccups again. In addition to not being able to find time to deal with what’s coming in anyway. Add a sprinkling of trying to reduce the computer addiction and it all adds up to a wee, if not entirely insurmountable problem with logistics.