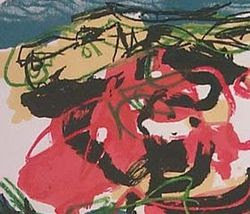 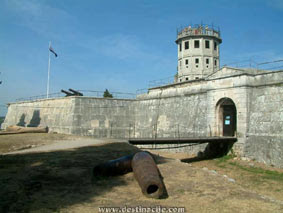 OK - you unsigned artists everywhere, check this out for a setting...

Solo performers and bands from all around the world, regardless of the type of music they perform can apply under the condition they don't have an official record release. Each performer/band must send at least three (3) recorded songs on CD exclusively and press material which must contain:

The material sent with your application will not be returned!
Applications should be sent on the following address:

It is possible to apply from the moment of application's release until the 4th of June 2006. After that, a jury of seven people will elect eight (8) semi-finalists to perform in the fort Kaštel (The Historic Museum of Istria) in Pula on the 10th and 11th of August 2006. The jury of the festival will select two (2) finalists of A&M Festival while the audience votes for a third. The winners will perform once again on the Saturday, August 12th and the winner of the 10th A&M Festival will be announced later that evening.

The winner of the A&M Festival will have the possibility to sign the contract for the first album release with MENART/DOP RECORDS and to record it with the help of the eminent producer Edi Cukeri?. The promotional activities after the album is released will be organised by DOP PRODUCTION.

ART&MUSIC FESTIVAL – FOR THE 10TH TIME!
When the first A&M Festival took place back in 1993. Almost every media covered the beginning of this cultural and artistic event now taking place for the 10th time despite inevitable ups&downs during the last 13 years. A&M Festival introduced a number of domestic and foreign rock performers, artists, comic-strip artists, theatre directors, journalists, graffitists, photographers...
The thing that characterized each of the nine past editions of A&M Festival beside the quality of music and good time that visitors had was its intention to promote young bands and performers and also to give them the possibility to stand out. This of course wouldn't be possible without the help of competent people from the music business and record companies, without the media support and the involvement of satisfied audience. That's how it's going to be this year too, and it should be pointed out that the winner of this year's A&M Festival gets the prize really worth competing for.

The events accompanying the musical part of the A&M Festival will be announced later through media and official website (http://www.artandmusicfest.org/) when more information about promotions, exhibitions, round-table talks and foreign bands will be also given.

All journalists interested in covering the 10th A&M Festival can find the application form for accreditation on our web site. We expect journalists is to have active engagement in the promotion of the festival.

For any questions, information or interviews you can contact us at:

Looking forward to hearing from you!"

photo from Destinacije
Posted by Lindsay Hutton at 6:25 PM No comments: 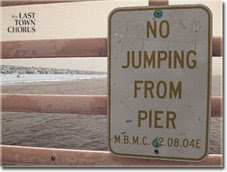 "Friday, early evening, The Last Town Chorus at Pianos in the Lower East Side. Doors at 7:00pm. This will be a very special night - if you are in New York, please join us. The show will be recorded to capture a live version of 'Oregon' for an upcoming European EP release. It's the only live show planned in New York in the coming months and is a double bill with friends, Pete Galub and The Annuals. Pete is a regular guitarist with The Last Town Chorus... but he was an inspiration before he was a friend and collaborator.

On Friday The Last Town Chorus will include Pete on guitar, Greta Gertler (keys and voice), Alan Bezozi (drums) and the great Amy Allison (harmony vocals). All these musicians played on the upcoming album Wire Waltz (preview the whole album on the website - release details are coming very very soon)."
Posted by Lindsay Hutton at 6:07 AM No comments:
Newer Posts Older Posts Home
Subscribe to: Posts (Atom)