If I was anywhere near NY tonight then I'd be headed HERE!
Posted by Lindsay Hutton at 10:35 PM No comments: 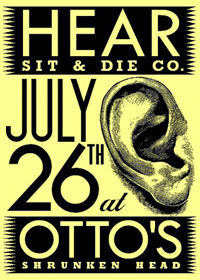 This past weekend must have been the fastest ever. One minute it was Friday and the next it was Sunday.

The Wrecking Crew event in Glasgow was a blast. Who knew that (electronically reprocessed)  STEREO would make such a cool impromptu cinema? This was one leap of faith that paid dividends and the vibe was really great. Grand to see the film again and a slightly different cut to how I recall it from 3 (!) years ago at GFT. The Q+A with Denny Tedesco and Francis Macdonald was great too. Essentially they need $300,000 to clear the obstacles of publishing, etc. then the fun can start. That might seem like a hell of a chunk of change but in terms of what this movie is worth spiritually to future generations, it’s chicken feed. Even and especially in Austerity Central.

So, much kudos to Robert Green who engineered all this mischief. It sure was a trip to finally meet Denny and his wife Suzie. This guy is not about to quit. He knows the quality of his product here and I’m telling you – it’s just gonna keep gaining momentum. Often compared to “Standing In The Shadows of Motown”, The Wrecking Crew is better and the soundtrack is fucking unbelievable. It takes you into a world to meet characters the like of which the world will never ever see or hear the like of again and indicating their parts in creating the soundtrack of our lives.

We need all the faith we can get right night now and here’s 90 or so minutes that might jump start that old heart of yours. I’ve seen it three times now and the gilt is still very much on the gingerbread.

Go to the website, see what it’s all about and pitch in if you feel the urge.

And talking of pitching in – there’s something like twenny, twenny, twenny four hours to go on The Wrigbys Kickstarter Kampaign. They’ve got what they set out to get but they need more. And they deserve more. So if you haven’t already, please help them out.
Posted by Lindsay Hutton at 5:52 PM No comments:
Newer Posts Older Posts Home
Subscribe to: Posts (Atom)