A lot has happened these past weeks and months and a state of flux continues to whap them curveballs in this particular direction. It’s good that it’s the holidays though. Don’t have much of a Christmas predilection but the break is very welcome at this point.

I totally missed a few RIP’s, Ed Cassidy, Mickey Baker and Ravi Shankar to name just three. I’m just pondering the significance of the fact that this time last year – well Christmas – I was dad-sitting. And my mother was whirling around like a dervish. And now neither of them is here.

In recent weeks, I’ve been to Norway twice, London and Brighton in pursuit of rock’n’roll thrills and have been unable to report on those trips but it was a real blast. This is indeed no rehearsal – so it’s time to pursue the gear that makes everything worthwhile. People and music, in that order.

It is my intention to resume normal service as we kick into 2013. Actual reality may conspire agin that but that’s the game plan. There may be other shenanigans of the positive variety too but I’m wary of building up anything too much at this point. That’s kind of the state of the nation. Maybe I’m just demob delirious at not having to go to the salt mine for a bit. Time will tell.

Whatever your persuasion, I hope you can have fun beyond the bullshit trappings. It’s the little things... 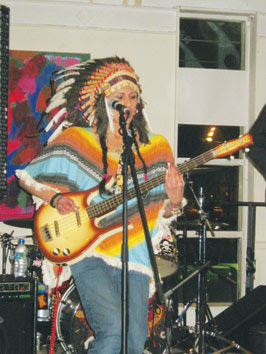 The Nortonthon in Mono, Glasgow yon Wednesday past was a hoot and a half. Even with a gouping back and the makings of the lurghi, the evening warmed the cockles of an old grinch’s heart. There have been several instances of this lately... hmmm. I wonder if there’s something to this Mayan calendar redux malarkey?

Anyway grand turnout and many weel kent faces were there to support them Millers and their empire so cruelly disfigured by that bastard hurricane or whatever it was. Who could have ever considered that a year after they threw the greatest party ever that a year later such a terrible predicament would be brought upon them. Further evidence that there is no god and - if there is, said individual (he, she, it) needs a good hard foot up the arse.

This latest of such events popping up across the planet was organised by Sir Colin Duff of this parish along with Bryan McGarvey. Excellent work kids!

As you know the Norton cause is very close to us here. I was there when it all kicked off in Berlin and in many ways it seems like yesterday. My lifelong friends have suffered a stinging setback that may have deterred lesser beings but Norton is still rolling and will continue to do so. I managed to watch the video that Miriam made once and I don’t think I’ve ever been more unsettled in my puff. 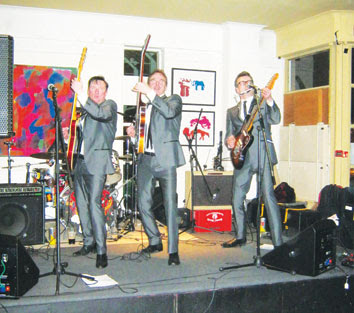 A peculiar thing happened with Fay Fife winning The Cramps CD that I donated to the raffle. Rewind back to The Rezillos returning triumphantly from NY having recorded “Can’t Stand”. They were responsible for my getting my mitts on one of the first copies of “The Way I Walk”. So I guess this squares the circle as it’s included on “File Under Sacred Music”. There’s something pretty cool about that and if there’s an entity (Mayan or otherwise) that conjures up this kinda circumstance then more please, you’ll get my vote but don’t fuck with me or mine.

Los Tentakills kicked off the night with their Leone-flavoured garage squall. Nice to finally meet Squaw Celina who along with her partner Al are largely responsible for the racket. Mr Duff has raved about them for some time and I do believe that these kids could make quite a splash if such a thing is possible in these times. See them – don’t judge them by youtube clips 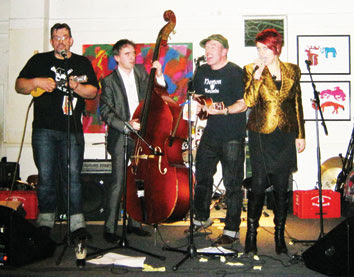 Next up were those New Piccadillys. Sharp suited and tearing through a beatific serving of skiffletastic skewed merseybeat. They’ve a version of “Complete Control” that indicates the quality of the song and totally kicks Clash ass. They’re playing Tuts on January 18th so you should toddle along and see them then.

The Gus and Finn Trio continued the Lonnie Donegan flavoured proceedings with their uke arrangements of popular classics. “I Wanna Be Your Boyfriend” in particular is just grand. Google Gus and Finn. Discover their oeuvre for yourself. They were joined by Fay for a genuine one-off moments that only a cause like Norton could inspire. A rattle through “Destination Venus” quite unlike you’ve ever seen it before. Here’s a link to a clip that will give you an idea of how it went. It was much, much better than the quality of this might indicate.

And then we had to shoot the craw and get the last train. It was another of those George Bailey type experiences. You can never have enough of those.
Posted by Lindsay Hutton at 7:42 AM No comments:

The Norton campaigning continues unabated, Brother Don sent me this blurb about the SF shindig...

Hey LH -- Did I neglect to report on our local Norton thingy? Forgive me either way. It went... well I hate to say it... swimmingly. My gang, Rue '66 opened at 2:30 in the afternoon. Figuring it would be easier on everyone since it was gonna be a long day - we did a mercifully short set. Threw a new one in there... Gillian Hills's "Tut Tut Tut" and brought Cyril up for the last couple of songs: “Roller Girl” (Anna Karina) and “Huit Jours Par Semaine” (Les Beatles). Cyril took the solo on “Roller Girl” which is a Louie Louie type thing.

Next came The Dirty Robbers which is mostly The Hampton Wicks plus Steve Mackay (!) on sax. They also brought Cyril up and Steve said he remembered playing with the Groovies at the Fillmore in 1971 or whenever. These guys were great and were followed by a silly but fun burlesque act called The Devilettes, then a great surf band called The Tomorrow Men. After they were done, I went out to grab a bite and when I came back it was Overwhelming Colorfast (with CJ) and they did Freddie King's “Going Down” (Not The Dahlmanns song then?) followed by “She Said She Said” by those guys you're so fond of.

A word about Cyril's gear: Fender Twin Reverb all thru but he used 3 guitars: A Salocaster (cross between strat and tele), brand new Harmony Meteor reissue (absolutely killer!) and Gretsch Tennessee Rose. He used the latter with Colorfast and also with Roy and the Movers... “Teenage Head” and “Slow Death”. Unbelievably I had to leave before Roy's set and I also missed The Chuckleberries but I've seen them before. They nicely provided the amps and drums for all. Very good size crowd... hopefully we raised a few bucks fer Billy n' Miriam. 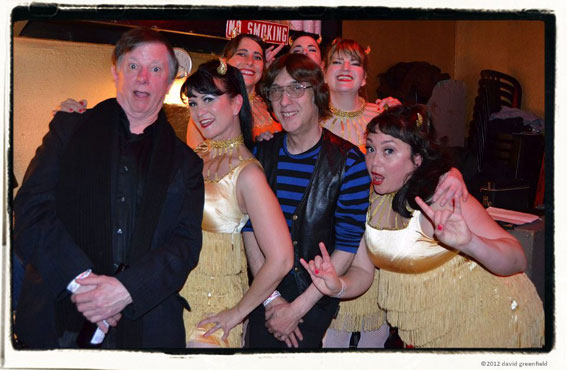