A preparation, recommended by Doctor H...
Posted by Lindsay Hutton at 2:17 PM No comments: 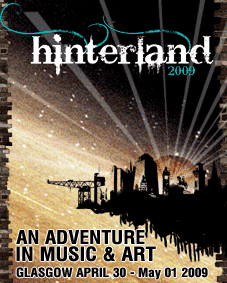 Hinterland
Posted by Lindsay Hutton at 2:04 PM No comments:
This just in from Planet Rezillo...

The REZILLOS have not split. Some weird hacking went on. Terminated.

Even all the band members are still alive and kicking (what else) so even that other rumour can be nuked.

EUGENE REYNOLDS
The REZILLOS
Posted by Lindsay Hutton at 1:30 PM No comments:
Facebook notes, importing blog entries and generally frittering away my existence whilst lapping up the sonic excellence of North Fork Sound. Ain't that what Saturday mornings are about?

Looking at the new Filmhouse brochure that just came in, I notice that "Gun Crazy" is being re-released in April. Far as I know anyway, it's not been re-made with Pitt and Jolie or whoever. The thing that struck me about it was the rating. PG - contains mild violence, threat and smoking scenes. As if society wasn't far enough up around the U-bend. they have to poison our minds with this filth. Anyway, it'll be braw to see this on the big screen.

And while we're still at the flicks, "Transatlantic Feedback" will also be hitting up theatres for a short run in that self-same month.
Posted by Lindsay Hutton at 7:18 AM No comments:
Couple more cool Lux things you might have missed.

Zoom in online by Sean Rogan (Thanks to Mike and Katie)

Posted by Lindsay Hutton at 6:42 AM No comments:
So, you've been to the early showing of TWC tomorrow night and you're looking for somewhere to head to? The Martial Arts should be onstage at around 10pm. Maybe you could trochle along to The Halt Bar... 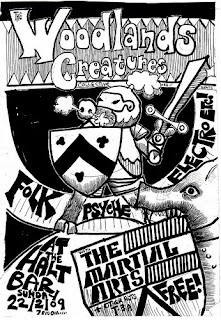 Over there in da Netherlands... Fistful is coming up for 5! 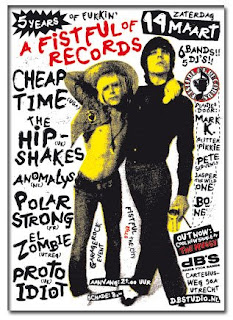 Posted by Lindsay Hutton at 5:42 AM No comments:
RIP - Snooks Eaglin (Thanks to Ben for the link)

Great piece at The Houndblog.
Posted by Lindsay Hutton at 5:21 AM No comments:
Newer Posts Older Posts Home
Subscribe to: Posts (Atom)