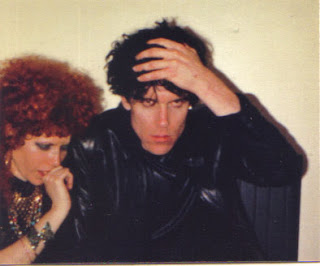 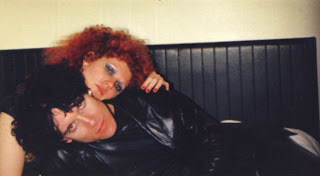 From Leeds in September 1981
(I finally found some of the photos I've been digging around for all day. More tomorrow.)
Posted by Lindsay Hutton at 7:57 PM 3 comments: 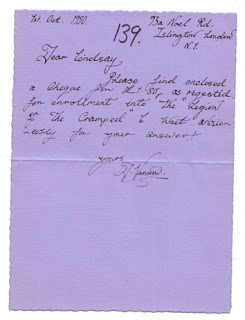 This is pretty neat (x 3)
Posted by Lindsay Hutton at 6:48 PM 5 comments:
Several folks have asked me about my memories and those are in a state of flux. I've written about the band many times over the years. Maybe I will again but not right now.

What I can say is that I am humbled by the number of ex LOTC members that have been in contact. Citing their membership numbers and expressing what the club meant to them. My intention was for the “organisation” to reflect how special the combo it set out to represent was. It was that simple and there were 701 solid members when it came to a close.

I don't think I ever grasped how huge the whole thing was. Or consciously believed that my entire existence is founded upon what was forged back then. The band was a catalyst for many hundreds of thousands of people to get sick and stay that way. The “Legion” lit a fire under many friendships that continue to burn here in 2009. We must have been using some boss kindling.

If you’re planning some kind of celebration of Lux's life then let me know and I’ll blog the word. It’s time to temper the sadness with some full blown high jinks. Break out the stuff.
Posted by Lindsay Hutton at 4:36 PM 3 comments:
Newer Posts Older Posts Home
Subscribe to: Posts (Atom)