So we moved over to this new blogger thing and everything seemed fine. However, today i've had problems with posting in general and sometimes the photos are taking a while to appear. These things are presumably sent to try me. It's been giving me Henry Rollins neck all sodding day. But hopefully it's just teething troubles. Or perhaps it's just me? Myspace has been taking the piss too. If it weren't for these Tiny Tim cds keeping me relatively mellow it could all end in tears. After all that, this'll probably "publish" nae bother. To compound all this, it's back to the day penetentiary for me tomorrow. Oh joy.
Posted by Lindsay Hutton at 5:08 PM No comments: 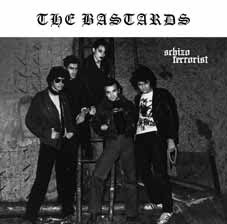 Feathered Apple have collected the works of Swiss Punk combo The Bastards onto one footlong platter entitled “Schizo Terrorist”. A 9 song legacy complete with that customary excellent liner note information that we’ve come to expect from this imprint. I’d never heard any of this stuff before but it certainly puts a lot of what was passed as punk rock here into perspective. As time goes on, the case is made that Europe was awash with great music at the time. The UK serves as the focus but I’m sure we haven’t heard the half of what is actually out there. Thanks to guys like Rolf we’re able to find out. The story of The Bastards is really quite incredible and you have to read it for yourself, you couldn’t make this stuff up. As with many of the sounds from territories outwith the UK, the sound didn’t conform to the brit template. It has traces of Australian and American music clearly founded in rock’n’roll or sixties beat. Here’s one case where it’s perfectly legitimate to let The Bastards grind you down.
Distro in the UK by F-Minor, it’s also available here from Volcanic Tongue.
Posted by Lindsay Hutton at 2:20 PM 1 comment: 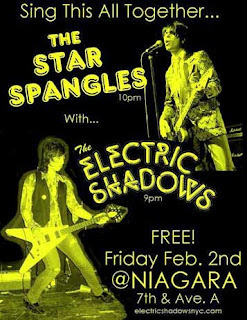 Posted by Lindsay Hutton at 8:42 AM No comments: 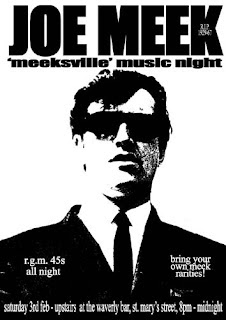 Posted by Lindsay Hutton at 8:26 AM No comments: 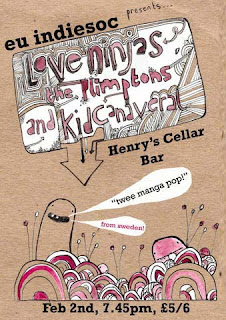 Posted by Lindsay Hutton at 8:25 AM No comments:

“The Spirit Girls sound has been described as something of a cross between Sonic Youth, King Crimson and 17th Century French Romantic paintings”, it sez in the blurb. Well I never heard any of The Paintings stuff but I don’t recognise a lot of similarity with the other two. “Forever Free” is a concept piece that floats these souls through the imaginary landscapes en route to their billet in the afterlife. It has a folky edge tempered with that LA-pop ethic. It’s actually pretty unusual and coming as it does in some nifty digi-packaging it looks like something on Sympathy. I think it sounds like Sandy Denny just found out she was Buffy and has to deal with it… no actually that’s bollocks but I’m not sure this thing can be pigeonholed. “Milk Maid” (track 2) recalls Angel CC, mainly because of the accordion. Otherwise it has an almost classical rock feel. Not classic rock dumbass, more of a symphonic afterburn. My other immediate favourite was “Small Town” with it’s Ministry type industrial segue into Burundi drumming and back to the gothosphere. I imagine that this section is breathtaking in a live situ. “Haunted Horse” is one of the great titles, so it’s an extra that it’s a cool song also with a kind of toytown Suicideness about it. “Song for the Spirit Girls” would be Abby from NCIS’s favourite I think. The Spirit Girls have been kissed with a little of that David Lynch soundtrack fairy dust. As a whole “Forever Free” has that detached void feel pretty much down pat while still selecting the odd heartstring to pluck. Peculiar but well worth the effort. Also check out lead SG Marni Weber’s arthaus!

Del Rey and The Sun Kings “Battleship Potemkin” is a homage to the silent Eisenstien movie. The director had stated that he hoped that a new soundtrack for the film might be composed every 10 years. The film is now 82 years old or thereabouts and I think that onetime Savage Republic man Jackson Del Rey was horrified that the most recent attempt was by The Pet Shop Boys. This somewhat ambient score somehow seems more fitting and I wonder if there have actually been public screenings with this providing the sonic backdrop. As composition goes, the kraut-rockish elements interweave with more traditional instrumentation. I don’t have the credentials to even begin to tell you how this guy has succeeded in such an astronomical task. But he has.

17 Pygmies were active in the 80’s but I don’t recall them at all. Their musical stylings have been dubbed “arcanica” by themselves. Apparently it means no-hit wonders. This "13 Blackbirds/13 Lotus" doublepack isn’t something you can stick on and instantly become acquainted with. It’s intricate and practically baroque. Folk but not as you reporter is familiar with the form. The pastoral piano shards of “Bley” other-world music are better soaked up in a peaceful environment. I tried playing it loud but it made much more sense at a more gentle volume. Maybe they could come up with some kind of pod for you to climb into for best results. Like a flotation tank.

Visit Trakwerx and check out these strange, NEW, sounds for yourself. The proof of the pudding after all…
Posted by Lindsay Hutton at 8:12 AM No comments:
Anybody out there got one of these for sale? 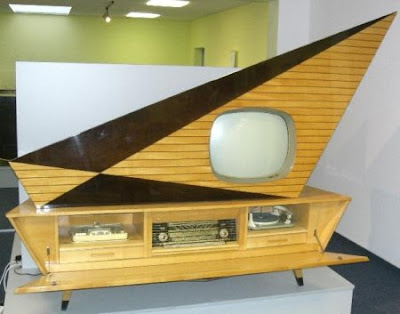