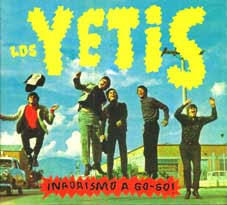 The ongoing uncovering of a vast treasure of music from the sixties continues with Los Yetis - NADAÍSMO A GO-GO (Munster) Colombian combo that mixes covers of “Rave On” and “Twist and Shout” with their own material. It indicates that South America was also indulging in taking the blueprint of the alleged British invasion and modifying it into something that would have the same seismic effect on the teens in their country as the much hyped English version. Let’s not lose sight of the fact that the UK strain had in turn stolen it from rhythm and blues material that made its way in through ports and military bases.

The nuggets effect has been far reaching in recent times and material is being constantly uncovered. These guys even did the Country Joe/Barry Melton song “Love” and you can hear that here. Time capsules such as these are very important. They introduce sounds to new generations hungry for gear out with the continual repackaging of guff that was never out of print and that isn’t even an eighth this cool. Who knows, this is exactly the kind of sparks that could set the heather alight. And coming soon, from Peru ... Los Saicos... 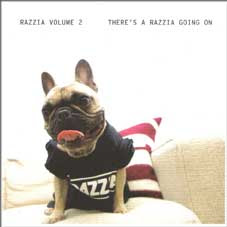 There’s A Razzia Going On Volume 2 has been out for a few weeks now and it features unreleased Hello Saferide and Säkert! songs. The HS track is “I Fold” that would have been the flipside of “Anna” if a 7” had ever materialised. The S! Cut is the ensembles amazing Swedish language version of The Wannadies “My Hometown” (“Min Hemstad”). In addition to these fine tunes, other artists from the wealth of talent on this imprint include “Violent Playground”, The Nitzer Ebb song by Jonna Lee and the unreleased “With Lowered Arms” by mighty atmospheric rock geezers – I Are Droid.

The latest addition to the Razzia roster is Joel Alme who is represented here with the string-tastic “You Remember The Good Times But The Good Times Don’t Remember You”. Not a snappy title but a bloody good song that sounds like Pete (Wah) Wylie going a wee bit Ian Hunter. His first single, “You Will Also Get It Once” is also recommended. It’s not everyday that something reminds you of The Herd.

Annika Norlin completists should also search out “Retur Waxholm”. A celebration of 50 years of MNW that includes a cover of “Jag Vill Inte Suddas Ut”. (“I Don’t Want To Be Erased”). The album contains versions of catalogue staples performed by contemporary artists. 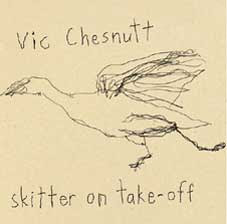 Vic Chesnutt's "Skitter On Take Off" (Vapor) was produced by Jonathon Richman and Tommy Larkin. Nothing to do with the Scots definition of “skitter”, at least not the most common one. To call it gentle is an understatement. The fragility of the sound is its strength and “Rips In The Fabric” is a quiet meditation on life. Even when the pace steps up, as it does on “Society Sue” the mood is still refreshingly spacious. There’s an evident lack of clutter that makes it the perfect accompaniment of the increasingly difficult pastime of thought.

“Skitter...” has a tempered backwoods acoustic soul and no intrusive embellishments. What you hear is what you get. Tortured folk tales given room to breathe. 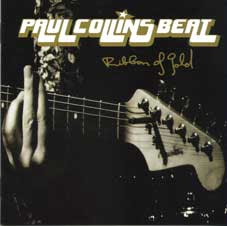 It was a surprise and a pleasure to meet Paul Collins in Madrid. His renditions of “Rock’n’Roll Girls” and “Walking Out On Love” with The Yum Yums somehow brought me back full circle to why I do this. This was another indication of how success can be measured in other aspects beyond generating huge amounts of money. Creating music that lasts like so much of what’s happening today won’t.

Paul Collin’s Beat "Ribbon Of Gold" (Rock Indiana) comprises 10 songs cut in 2007, I guess came out in 2008 and as soon as “Hey DJ” starts up it sounds like an old friend. And this was produced by an old friend, Capt Chips Kiesbye too so there goes that small world thing again. I always appreciate that. Anyway, here are 10 fine reasons to be grateful for the fact that this guy continues to supply the twang. Many of us live by the credo of “Big Pop Song”. For that’s what gets you through after all.

My thanks to Juanco Lopez, a member of this Beat “combo” and all round rock’n’roll guy for acquainting me with this amazing album that I never even knew was out there. I’m on a real pop jag at the minute and there’s more coming up soon. Not sure about today but soon. This will include The Down-Fi, The Tripwires, Vibeke Saugestad and Donovans Brain.

Posted by Lindsay Hutton at 12:57 PM No comments: 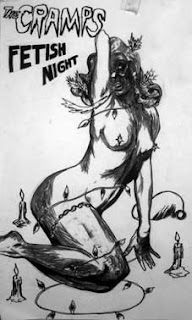