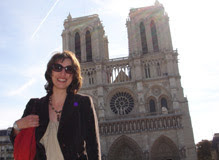 Second episode of the three part BBC OU programme about Paris with Sandrine Voillet was on last night. She reminds me of Françoise Cactus and that reminds me about the Stereo Total album "Paris<>Berlin" that came out a couple of weeks ago.
Anyways, I'm tempted to order the dvd of Paris, in order to brush up on places to visit the next time I'm lucky enough to swing a trip out there. Anyways, this is just a quick in and out to post the following items...

Suicide live in Hamburg circa 1978 anyone?

Still Game meets Big Brother (Thanks to Mr McLean for this link)
It's a funny old world. I imagine that there's an Anti-terrorist "Team" getting down to manoeuvres in and around Glasgow as I type... "they" (the would-be bombers) have absolutely no idea what they're letting themselves in for.

Another record retailer down... (link courtesy of Mr Percival)
It seems like it's hard out there. Support your local real record store. Not Virgin and HMV. Proper record stores. If you don't use them...
Posted by Lindsay Hutton at 6:47 PM 2 comments: 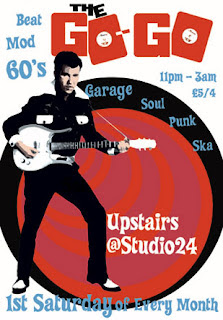 Posted by Lindsay Hutton at 6:16 PM 1 comment:
Celebrate July 4th with some CAKE!

"CAKE’s play-list is a deep mix of tunes covering (primarily) rock, reggae, punk, ska, blues, rock & roll, soul, r&b and pub-rock, but with some skiffle, funk, outlaw country, psychedelia, electronica, folk-rock, protest, instrumentals, jazz and, occasionally, a little classical thrown in. “New” tracks get added every day so by the end of the week the entire play-list has been refreshed."

There's a permanent "button" over there on the sidebar to help you connect easier.