Never saw this at the time, but here's a cool interview with Lou Reed from Dutch TV: Part 1 and 2. As it is, this is a perfect example of how rock legends are treated over here...
Posted by Jeroen Vedder at 11:33 PM No comments:
Hey you, yeah you, with one of those iPod things or whatever.

You need good tunes to put on there right?

Well stick the new single by Matt and Kim in your digital pipe and smoke it.

Entitled "Daylight", you can score it here.
Posted by Lindsay Hutton at 3:02 PM No comments:
I know. I should have been cramming album reviews. However, watching the first three episodes of the final season of The Wire before I have to send them back had to be done. There's a lot to take in. Things are ramping up but you won't be getting any spoilers here. Mind you, I don't like the way McNulty is treating Beady but oh yeah, it's just a TV show...

I need to keep telling myself that. See you at "That Sinking Feeling" I hope.
Posted by Lindsay Hutton at 2:22 PM No comments: 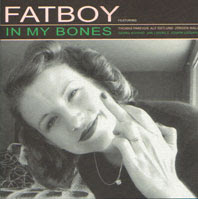 Entering the Swedish album charts on the same week as HS, that Fatboy twang has obviously hit the spot there. Imagine The Mavericks as realised by David Lynch and Angelo Badalamenti. There's an inherent glamour and old-fashioned showbiz, not to mention jazz chops in this 'billy. Chris Isaak is another name that's brought up in conjunction with this Stockholm monster. It's all valid. This is the sound of a big band playing in a lush ballroom in front of the deepest blood red velvet backdrop. Trad by nature but sounding not a jot backdated, these are entertainers with a "fuck you" attitude to their chosen forte. They're doing what feels right and if the requisite goosebumps don't come a-knockin', then that's altogether your problem.

If you miss the oeuvre of Roy Orbison then what these guys do is probably closer to that than we should expect in 2008. Thomas Paregis' voice is uncannily similar to that of the Big O and they've drafted a wealth of guest stars in too, including the Baskery girls.

There's a great, practically orchestral live feel to these recordings. Each of the 11 songs swing outwith the realms of pastiche. "Down At The Room" is undoubtedly the place to be and this music is evidently imprinted in the dna of each and every man in the group. "In Their Bones" might have been a better title but who's quibbling.
Posted by Lindsay Hutton at 1:45 PM No comments:
Via a Mike Fornatale tip on the Bomp Refugee Mailer...