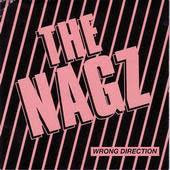 The Nagz “Wrong Direction” (Radio Obligato)
Thanks to Ms Mona, I finally got my paws on this and you need to do likewise. It’s a fine slab of Swedish powerpop that combines elements of The Shivvers with some sleek Slade overtones. The concept itself is fairly attractive but when you hear ‘em pull it off, then that’s a major result. I believe their next release will include a cover of “Frantic Romantic”. Great kids with exquisite taste, plus the bonus of Jens "Ubi" Lagergren on guitar. Start queuing now but not before you hit up the people at RO for a copy of this.


Glasvegas “Geraldine” (Columbia)
This starts like the opening of a Simpsons episode and soon hits a timeless pop stride. The drum sound is exquisite and it’s a great song. As mentioned before, being sung in James Allens’s brogue adds a whole ‘nother dimension. As the Spector torch goes, this is pretty much spine-chilling the way that “Cheree” is. How in the name of Rev/Vega did that happen? And that fucking drum sound, The Cramps should bounce Drumdini and get this girl in. 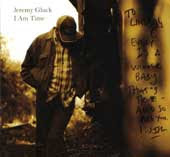 Jeremy Gluck “I Am Time” (Perpatrator)
Very remiss of me not to have blogged about this 7” on the Auckland, NZ label before. I’ve been reading Jeremy’s book “Victim of Dreams” and although beautifully written it sort of scared me. He’s been to some dark places and manages to unlock scenarios that maybe some or all of us have faced at some time. “I Am Time” is utterly unlike The Barracudas, it’s more darkly ambient. A downbeat, intoxicating sonic fugue. Hopefully this is just the tip of the iceberg and there’ll be a full length JSG in the works.
Posted by Lindsay Hutton at 1:34 PM No comments:
Attlc Lights "Bring You Down" out on 7", cd and download this coming Monday...

Posted by Lindsay Hutton at 12:29 PM No comments: 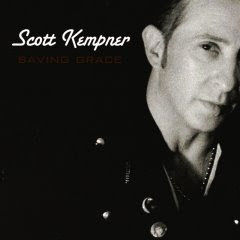 Scott Kempner’s “Saving Grace” is finally out. Maybe I could just leave it at that. Top Ten’s command of the heart and soul that beats within this rock’n’roll shenanigan is pretty much unprecedented. These stories and sounds are beyond the pigeonhole of Americana. He’s soaked up several generations of the gospel and assembled it into a sincere attempt to exorcise the demons that haunt we all.

Fogerty through Dion to Springsteen is a pretty decent route map. If you’re familiar with The Del-Lords, and the good lord knows you oughtta be, then I’d say this is closer to maybe “Lovers Who Wander” than his previous set. This album is better than the recent studio works of any of the three guys I just mentioned. Scott can evoke The Drifters one minute and Creedence the next. Not as an exercise like these people who compose from a hip music collection to garner points. This stuff is in this guy’s blood, he lives and breathes it. When the chips are down, this shit is impossible to fake. “Heartbeat of Time” is a masterpiece of twang, pure and simple.

Released on the Brooklyn-based imprint, 00:02:59 – “Saving Grace” clocks in at just a minute under an hour. It’ll seem like half that. The inherent swing of the rockabilly-laced “Here Come My Love”, the post-Groovies swagger of “Between A Memory And A Dream” and the outright classic pop/soul nous that is “Shadows Of Love” are just 3 reasons to join this party. There are another 10 that shimmer just as bright.

For my tuppence worth, this guy should have been riding the high plains of success several hundred moons ago. For some fucked up reason best known to fate or whatever, it hasn’t happen. Scott Kempner makes the kind of music that most of us thrive on, the stuff that keeps us ticking over.

The Del-Lords back catalogue is about to be reactivated too. More about that in due course.
Posted by Lindsay Hutton at 11:52 AM No comments:

You need The Minstrels in your life!


(Beware though, the song is probably not work-friendly)


Many thanks to J. Wunderle for the tip off.
Posted by Lindsay Hutton at 7:34 AM No comments: 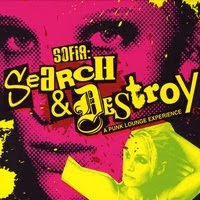 Just heard the version of the Foo Fighters "Everlong" on NoFoSo from this. Very cool. So I googled it and the whole shebang looks (and sounds) like a belter. It has a Pete Shelley song on it but I'll let that slide. Of course, it's Swedish, who would expect anything less. Sofia's myspace.
Album on Wild Kingdom via CD Baby. Out this Monday.
Posted by Lindsay Hutton at 6:41 AM No comments:
A new direction for super-rock? "The Fabulous Fleshtones" from YouTube. Quite the makeover, I think you'll agree?