Bloody blogger and whatnot have been playing up all day. So much so that the ebay action I was partaking of was only partially successful. I scored The Boonaraaas album but not the 45's so the quest continues... anyway, enough of my problems here's some good music to contend with. If there are no cd images then that means that the upload facility is still gubbed. That's a technical term incidentally. 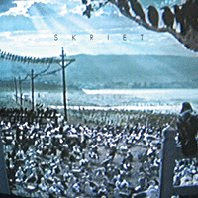 S K R I E T – The Scream - is a Swedish duo that includes Isak Sundström of the amazing Pascal. Taking a bit of a neu wavelength, the debut release is of three mixes of “Fåglarna” ahead of an album in August. An ambient treasure, the third mix is by Novoton stablemate Hyper Plastic and adds another jewel to that label’s already encrusted crown. A lush example of superior cinematic chilloutronica. Check them out. 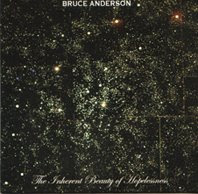 And while we’re on the subject of stuff that might not fly out of the speakers and grabbing your jugular, there are other means of attracting attention in sonic terms. Some of you know who Bruce Anderson is and some won’t. His band MX80 Sound pioneered new frontiers of sound in the 70’s and their influence can be traced to the here and now. The form that’s become known as “post-punk” is an anomaly because really, these guys were doing that before “punk” as the brand became happened. Anyway, that matters little here. Anderson is a guitar master, he has a style quite unlike anyone and you can hear that on “The Inherent Beauty of Hopelessness”. A plaintive, eerie piece that lasts for 40 minutes and 28 seconds. This meditative acoustic lullaby is like an orientalised Pìobaireachd for this stringed instrument. A apocalyptic wind chime for these turbulent times with quite the unexpected conclusion. “Hopelessness” works as a calming device on one frequency and as an unsettling theme of limbo in another. Disturbingly tranquil on both. My thanks to HT for the heads up and to Mrs Stim for the hook up. 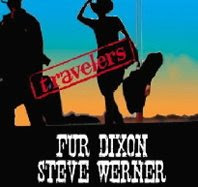 Fur Dixon and Steve Werner have their second album “Travellers” out on their own Grass and Gravel imprint. It features the further adventures of this primo Californian duo. Kicking off with “Journey To Another Side” it seems oddly poignant in that the sound reminds me of the late, great Chris Gaffney. A gentle, jaunty tex mex conjunto. “Road Outside my Door” is a campfire kinda modern day “Trail Of The Lonesome Pine”. “We’re all just here for a minute or two and likely some of it will be wet” is a gloriously old-timey lyric. These guys deliver a crisp, clean take of the folk/country kind. Pretty much out of kilter with just about everything else but that doesn’t seem to concern them. They’re evidently having a damn good time pickin’ and singin’ and I imagine the grins on the attendees of their shows go a long way toward making it all worthwhile. If Cheap Trick can reactivate the 8 track then howsabout making this available as a boxset of 78’s with real clicks and hiss. None of your doctored to sound old bullshit, this is the real thing delivered for all the good and pure reasons. 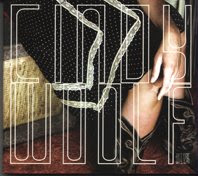 From Arkansas via Springfield, Mo. - Cindy Woolf indulges us in some pristine, post-O Brother “hillbilly love-pop”. With a folk twist. Her musicians on here include one Joe Terry and the whole thing really sparkles like the proverbial gold nuggets in the creek. “Sidewalk Stars” and “Portland East to Portland West” are utterly infectious in a Fleetwood Mac from the Ozarks sense. This is vibrant Americana that is blessed with an honesty that is several leagues beyond authenticity. Cindy’s honey-toned warble imbibes the material with a warm, welcoming glow. You can almost hear the crickets and imagine the porch in the twilight.

I am indebted to the Rev. J Wunderle for having Cindy send me this. It’s the kind of album that folks like Bob Harris could really get behind. It is my hope that it won’t be too long before this lady is headed our way to deliver these impeccable songs first hand. Watch this portal.
Posted by Lindsay Hutton at 6:26 PM 3 comments:

Gary "Pig" Gold talks to Vera "Ramone" Colvin
Posted by Lindsay Hutton at 11:56 AM No comments: