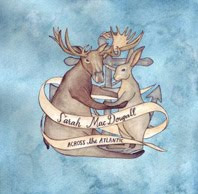 “Across The Atlantic” by Sarah MacDougall is a disarming set of songs. Born in Sweden and based in Vancouver, BC – Ms MacD apparently toured here earlier this year. A fact to which I was oblivious but that’s my loss in this particular instance, “ATA” is just 10 songs long and indicates a nice line in the ability to leave people wanting more. She has that infused folk pop thing that seems to be in the Swede dna down pat and this swings from start to finsh.

Beautifully sung, played and recorded, “Ramblin’” and “Biggest Mistake” might be the standouts but I think that consideration could be subject to change. I would actually venture out to see this gal so hopefully my radar will be in better shape when she heads out this way again. 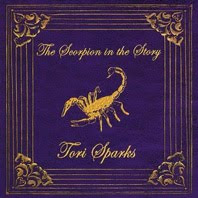 Tori Sparks “The Scorpion In The Story” (Glass Mountain) is likely to appeal to you folks that reckon that a new Mary Lee’s Corvette album is overdue. Billed as a “tale in thirteen parts”, it includes Will Kimbrough and Fats Kaplin among the musicians involved.

Root and branch music as opposed to regular Americana, it’s quite a broad canvas. Ms Sparks has one of those pristine voices that’s a little bit country and an equal part pop, similar to Eddie Reader before she turned into a folkie diva and without the affectation. Carlene Carter also comes to mind. Love the sound of “Rubbernecking” and those horns in “Background Music” evoke HS’s “Leaving You Behind”. What’s not to dig? 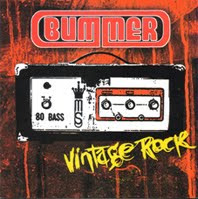 Bummer’s “Vintage Rock” is eight years old. That in itself is older than most claim to be “vintage” at this point. Note however the difference between this and the expression “classic rock”. The Spaniards embody the hard rock’n’roll ethos as pretty much only they and the Swedes can.

For the most part although there are exceptions in and around Newcastle, Glasgow and thereabouts. So if you like a little Foghat mixed with your Nomads/Hellacopters/Dictators flavoured kicks then I imagine that you’ll have a very good time in the company of these guys. “Party Lights” kicks the door in and “On The Moon” might well punt you over la luna. Thanks to Juancho for hooking me up, I can't find any links though...! 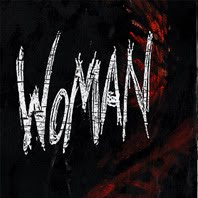 Woman are a NY combo that sound like they come from Australia. They have that solid Scientists style barrage and a Beasts Of Bourbon snarl. It’s a fairly intense wallop that they pack. Not unlike you always read that The Birthday Party did but never seemed to register on my seismograph. This has the bottom end that was always missing from that to the point that there’s a genuine danger of boiling over here. A tension previously only broached by maybe The Chrome Cranks. Brought to you courtesy of Bang Records.

It’s not an easy ride if you’re prone to bruising and you know the Hell hath no fury adage, right? 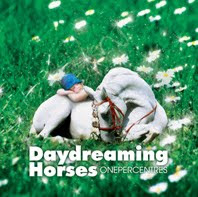 The Onepercentres are from Tokyo and their exuberant “Daydreaming Horses” album is an action painting of youthful punk pop energy. If Blink 182 had embraced the doctrine of Redd Kross instead of the route they took then they might have sounded like this. There are shards of The Yum Yums and Fountains of Wayne too plastered on their harmonic wall.

Had the pleasure of hanging out with Osamu at Jon and Suzy’s wedding and he tells me the band will be hitting up Spain in October when this will be issued there by Wild Punk. I love the spelling of the name too, it skews the meaning somewhat because they sound like they’re actually giving at least 119% at any given time.

“Nuisance” (a term I’m used to hearing) and “Wish” are like songs that might have been in a hyperactive Japanese re-make of “That Thing You Do”. The guitar hooks are provided plenty of light and shade to shine and the shifts in pace punctuate the basic song structures, never reducing them to a leaden thump. The harmony vocals are utterly charming too. 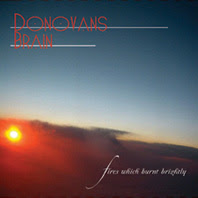 The expression “psychedelic” is overused these days in much the same way as “garage”. These terms have been misappropriated by hacks that use them to dupe the unsuspecting punter. It’s timely then that a combo like Donovan’s Brain can straddle all of that six week shelf life piffle to create something like “Fires Which Burnt Brightly” (Career Records). Pink Floyd and Crazy Horse via Traffic and Soft White Underbelly are just part of the complex equation that beats at the heart of this concept. This one even ropes in Sir Roy Loney so you just know that you’re gonna be getting something a little more classy than what anyone might tell you about the latest Str*kes effort.

Few can pull off the dark jangle like these days just check out “High Street Hit Man” if you ever considered what Teenage Fanclub might have sounded like if they’d sprung out of the Pacific Northwest. Not unknown origins then but a lovely way to burn nonetheless. 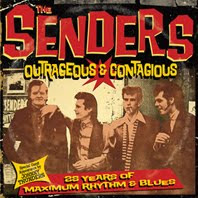 The Senders “Outrageous and Contagious” collects material from 25 years of r&b hellraising between 1976 and 2001. These guys were the Feelgoods crossed with The Heartbreakers and a little Lenny and the Squigtones thrown in. The opening cut “You Really Piss Me Off” pretty much sets the tone for a roughass but jaunty history lesson of a NY staple that kind of got lost in the punk-rock kerfuffle because they didn’t kow-tow. I think I saw The Senders at Continental Divide one night. When they used to give you the plastic dinosaurs in yer drink? And when I used to be able to put it away.

Devils Jukebox has put together this retrospective in a quest to see some justice done in bringing the band to the attention of the wider rock’n’roll consuming public. Couple of tracks even include Johnny Thunders for those of you that require to have everything the man ever did. Outrageous? Maybe back in “the day”. Contagious? For sure. 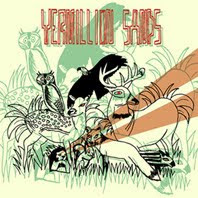 Vermillion Sands (Alien Snatch) is a cool Italian combo that do a nice line in twisted Nancy Sinatra flavoured pop. With 60’s roots but not stuck in some timewarp. They have a very contemporary frisson and “Monsoon Blues” reminds me of the way that SAHB used to arrange standards like “Delilah”. Listen to them. You’ll see.

I wonder whatever happened to my old amigo of the same name that used to work with the Rev. Nick Jones at Illegal Records back when everything seemed possible. V? you out there?? 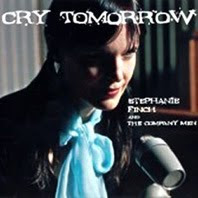 “Cry Tomorrow” by Stephanie Finch and The Company Men (Belle Sound) is a fine piece of femme pop that evokes two of my favouritist artists. Ms’s Angel Corpus Christi and Laura Cantrell are both pointers for this splendid set. It’s got a kinda Velvets chug to it too. Not overdone but just enough to skew it. Ms Finch is Mrs Chuck Prophet and the bloke has percolated quite the diggable sound here. Bet they’re amazing live because it just swings in a comfortable yet never obvious style. Like Eleni Mandell, there are a multitude of influences coming together to fuse something altogether special.

This is a keeper, check out “Tina Goodbye” or The Modern Lovers-tastic “She’s The One” for the type of sensory gratification one should demand from all popular music.
Posted by Lindsay Hutton at 7:50 PM 1 comment:

Does this hit the spot on a Sunday morning or what?
Posted by Lindsay Hutton at 9:40 AM No comments:
Newer Posts Older Posts Home
Subscribe to: Posts (Atom)