There's an outside chance that perhaps the greatest rock'n'roll doc of all time could get a fire lit below it again. Please encourage all parties to come to a solution for the greater good. Future generations will thank you - provided someone can educate them with regard to the fact that some things are worth paying for. If like me, you've held out and not acquired a "bootleg" then this is a great chance.

"With the aptly titled MC5: A True Testimonial, [director Dave] Thomas captures the taste for revolt in Detroit that inspired the MC5, a desperation that fueled more important pop figures (besides just Motown artists) than maybe in any other city — an outlaw eruption that ranged from Parliament/Funkadelic to Iggy Pop." - Elvis Mitchell, New York Times

"Music so extraordinary that it transformed the lives of all who experienced it demands the release of a documentary that does the MC5 justice. Few bands have ever seen so much go so wrong so quickly and have been so misunderstood in the process. A True Testimonial represents a belated opportunity to set things straight, put things right. The fans deserve it. So does the band. And so does the music." - Don McLeese, author of Kick Out The Jams (Continuum 33 1/3 series)
___________________

It's now been over 8 years since the last authorized screening of the MC5 - A True Testimonial documentary at the Detroit Film Theatre on October 30, 2003.

In that time, all the alleged 'copyright infringement' claims made against David Thomas, Laurel Legler and Future/Now Films have been thoroughly litigated, found to be without merit and the film has reportedly been cleared for released, once the various music licenses are secured.

The poll questions are:

A) Do you still care?

B) Would you pay to see it in a theatre?

C) Would you be interested in a legitimate DVD package?

Care to weigh in? Please do, your comments will be appreciated.

And, by all means, please share that link with anyone who might find this a pertinent topic.

KOTJMF!!!
Posted by Lindsay Hutton at 7:23 PM No comments: 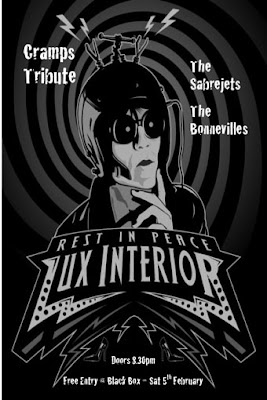