RIP - Harvey Fuqua (The Moonglows)
Posted by Lindsay Hutton at 8:32 PM No comments:

Do any of you want a copy of this Prince album that's being hawked with a newspaper this weekend? Let me know before saturday and I'll attempt to hook you up.
Posted by Lindsay Hutton at 8:22 PM No comments:

I’m as sure as I can be that this morning, I dreamt that the alarm went off and had dragged myself up only to have the actual alarm go off and have to go through the dragging process in actuality. I’m not sure what that adds up to on a psychiatric basis but it sure shook me up. Perhaps an inherent inability to comprehend lateness? I’m a stickler for punctuality both for myself and others. Diametrically opposed to the concept of never early, always late. This and my unhealthy interest in packing stuff to protect it from a postal thrashing are the two most obsessive, compulsive traits that I can be accused of. Anyway, it’s about 12 hours after that and I’m still smarting. Maybe this is a dream too? It always occurred to me that donating blood resulted in a good night’s sleep but not recently and thus far in 2010, I’m down three pints of the stuff. 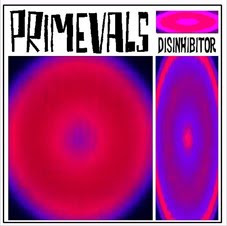 There’s some prime rock action coming up in a head-on trajectory with your noggin. Right now there’s The DT’s new 45, "God Damn World" that’s just come out on the Austrian label, Pure Vinyl. It's like The Bellrays if they had songs. I’ll be hooking you up with info shortly on a limited run of the new full length by The Primevals entitled ”Disinhibitor”. Early birds will be able to score an additional edition of the live set that was recorded when they opened up, and duly despatched, a variation on The Saints that blew through Tut’s in – I think – 2005. The very fabulous Kim Warnick sent me a demo song of her new combo, The Calligraphers which is also top notch. I've heard a LOT of great new stuff this week and hope to be able to give you more details on that over the next wee while. Tomorrow is Friday, right?