So I watched the first two episodes of Mad Men. People have been raving to me about it and it’s shaping up pretty good. Very stylised and I’m not sure if it suffers a bit from that plus there’s all the smoking, evidently that’s done on purpose. Funny I was telling a young ‘un the other day that it was not uncommon for people to smoke at their desk and the reaction was not unlike claiming to have seen the Loch Ness monster in the car park. I then began to get all nostalgic for the time when it was common to work on Christmas day. Anyway, I’ll stick with it. Anybody who's keen on “The Apartment” will definitely get a kick out of this and I’m interested to see how it develops. So another two episodes later it is then.

Meanwhile, let’s take a break for some music… 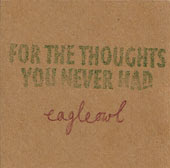 I mentioned Eagleowl yesterday and just gave their EP a birl. “For The Thoughts You Never Had” successfully captures the folk-tinged film score atmosphere of the show. No harmonium, but maybe that wasn’t on the radar in March when it was recorded. The double bass bottom end is very Badalamenti. “If I call you motherfucker, would you be offended?” asks “MF” the closing track on this short 5 song introduction. I imagine its not the “radio plug” number then? This comes in a nice DIY package of 500. If you’re from around here go see them and score one. I think you can buy it at Elvis Shakespeare (Edinburgh) and very probably Monorail (Glasgow) as well as from their myspace. 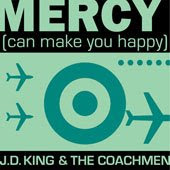 On the subject of themes from an imaginary movie score, JD King and The Coachmen have an as yet unreleased grab bag of groovy tunes ready to go. "Mercy (Can Make You Happy)" is gloriously out of time and space and everything else kilterwise. Is exoticity a word? If not then it ought to be because it’s needed to describe the otherworldly nature of the twisted fidelity that this music is expressed in. Controlling the horizontal and the vertical is not an option when confronted with the free-form axe freakery that is “The Ultra GTO”. Its cousin “Little” was left in the dirt at the starting line.

These are the sounds of worlds colliding to the tune of The Modern Lovers most fried jazz moves. Not entirely soothing but possessed of an electricity far off the beaten path of anything remotely resembling a mainstream. Did someone put Fleetwood Mac’s “Albatross” in a blender? Hopefully this will become available in the fullness of time but meanwhile visit JD’s myspace and check out this indiscriminate sensation for yourself.

Maybe the "Mercy" that everybody is bugging Duffy to deliver isn't her hit single but this opus? “yeah, yeah”…yeah - that would make sense. Possibly only to me but you get my drift here. 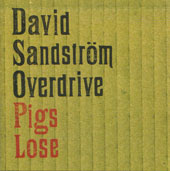 The David Sandstrom Overdrive has delivered a popular sucker punch called “Pigs Lose” that reminds me of The Replacements and The Db’s. I’ve said this before and I’m going to have to drag it out again. Where do Razzia find these acts? Is there a more consistent A&R force on earth right now? I doubt it.

Of course those two acts I just mentioned are merely reference points to facilitate an entry trajectory. It’s a fragrant concoction of rock shapes, none of which are instantly recognisable. It’s more an aspect of mood and dynamics. There are a lot of words to digest too, not your verse chorus, make it as simple as possible songcraft. Sandstrom’s voice reminds me a little of Eric Bloom. There’s an element of BOC in the sound too. DSO hail from Umeå, I think there's something odd used in the water purification system up yonder.

This isn’t easy stuff to pin down. The blueprint is evidently tattooed on the perpetrators mind and the cards are being played close to his chest. Where did he come from? Where is he going? I have no idea but my hunch is that “Pigs Lose” will sound very good blasting from your choice of music dispenser. “Songs That Maybe Won’t Be Forgotten” is like Randy Newman fronting “The Lovin’ Spoonful”, you have to concur that can only be a good thing. 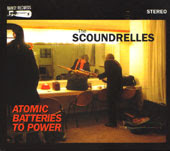 I have been hopelessly remiss in reporting that The Scoundrelles “Atomic Batteries To Power” (Bang) has been available for a wee while now. While I know that some of you folks are aware of its existence, it seems that it hasn’t gone gold yet. Of course, such justice is not something one can take for granted. In terms of timeless pop marinated in a rumour of glam goes then this is your combo. Captain Thewlis’ one man take on “Rocket USA” is something else entirely. When most people are taking in a Coronation Street/Eastenders medley, this is the kind of artistic statement that he’s getting down to. Worthy of a commendation surely?

Anyway, this is a fine collection. The vinyl is probably all gone now but check in with Lutz at Soundflat, if anyone can help you then that guy can. Recorded in London and Memphis and comin’ at you via the Basque Country, exquisite gear. 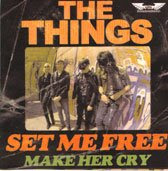 So let’s close this particular strand with the news that The Things have a new “single” single "Set Me Free" on Psycho Sound Records out as a taster to their impending album "Some Kind of Kick" on Nicotine Records. (Hey we're back on the smoking thing again - entirely unplanned).

These rambunctious Dubliners have really come a long way in carving their own sonic stamp in recent times. “SMF” is an infectious organ-toting rave up that should have you frothing and no mistake. A limited number of cd copies are available for 3 euros a pop.
Posted by Lindsay Hutton at 3:14 PM 1 comment: 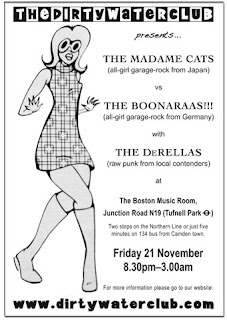 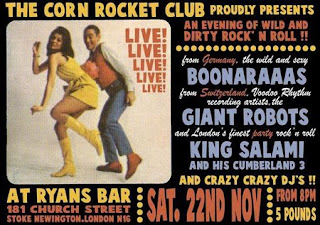 Boonaraaaaction in Blighty over next weekend, DWC (Friday) and CRC (Saturday).
Miss 'em at your peril.
Posted by Lindsay Hutton at 1:30 PM No comments:
Record Envelope - the little library of factory sleeves!

(found via So Many Records...)
Posted by Lindsay Hutton at 10:16 AM No comments:
Sunday already? Somebody has made off with a good few hours of mine and I want 'em back. So if that person would just like to leave 'em outside my front door then we'll say no more about it. Got a lot to do before I head south for the Boonaraaas this coming week.

"Well get fucking on with it then" comes the voice from the gallery. Easier heckled than done my friend. I could go into a long whine at this point but what would that achieve? No, heid doon - hope to come out the other side is the only way to go. You could almost chalk that up to a kind of twisted optimism, couldn't you?

If you're in Camden this evening, Chris Wilson, Robert Coyne, Jeremy Gluck and his Yohawks wil all be kicking it at The World's End. A bit of a hole but the music will more athn make up for that. It would ahave been ideal if it could have been happening next weekend but ye cannae have it all ways. Or at least I can't. Uh oh, slipping back into character there. More from me later then. Probably.
Posted by Lindsay Hutton at 8:26 AM No comments:
Newer Posts Older Posts Home
Subscribe to: Posts (Atom)