CBGB's Hilly Kristal for the NYC Hall of Fame

Go here and nominate Hilly for the NYC Hall of Fame

After the ordeal he went through trying to keep his club open last year, it would be a nice tribute...
Posted by Jeroen Vedder at 11:10 PM No comments: 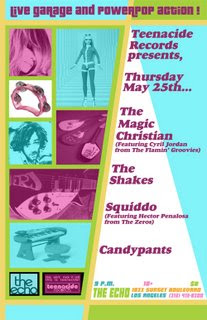 Posted by Jeroen Vedder at 10:56 PM No comments: 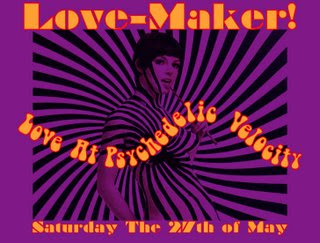 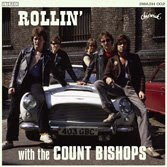 I dunno, maybe the world is finally catchin' up with me. But besides the Jesse Hector CD mentioned below, there's also a new CD-single out by the mighty Count Bishops with two previously unreleased tunes. No word yet on the promised Euro tour, but rest assured you'll be the first to know as soon as any news reaches HQ.

Update: Oh well: "The COUNT BISHOPS tour in Europe for May and June 2006 is cancelled"...
Posted by Jeroen Vedder at 10:34 PM No comments: 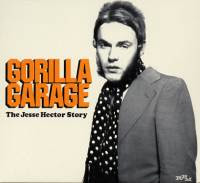 Gorilla Garage is the title of a new Jesse Hector CD anthology on the RPM label. Haven't seen a copy yet, but the tracklistin' and RPM's general high standards in packagin' makes this one a must have anyways... If you're unfamiliar with this stuff, be prepared to be blown away into some previously unimagined distance...
Posted by Jeroen Vedder at 10:19 PM 3 comments:
"Auld age doesnae come itsel'" is an expression that's used around these parts. Just recently my powers of recall and indeed organisation have taken a real dive. Even dealing with e-mail and simple tasks. Earlier today, I forgot Steve Earle's name. No big deal I hear you say but in the context that I was trying to remember, it bloody is. It gave itself up eventually but not without much racking of the canyons. There are a number of governing factors in all this and this lapse really gave me a jolt (I ain't talking cola here). Whether this is temporary or a descent further into the recollection vacuum remains to be seen.

Some shows this week, happening around the UK and further afield that I'd attend if I could but I cannae. Other than the MLC Glasgow and Edinburgh gigs.

Suzy Y Los Quattro at The International Pop Overthrow in Liverpool this Sunday (28th). Two shows in one day. Anybody who can is encouraged to cut along there.

The Bambi Molesters have a bill topping headline appearance at a festival in Llubljana next Friday, June 2nd. I'll try to get some more info on that for those of you who live near Stansted and fancy a wee break.

Things are slow, verging on static. Circumstances prevail that I'm not venturing too far from the ol' "midden heid" and have no real desire to either. That’s what’s passing for showbusiness hereabouts.
Posted by Lindsay Hutton at 7:24 PM No comments: 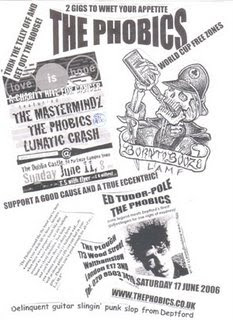