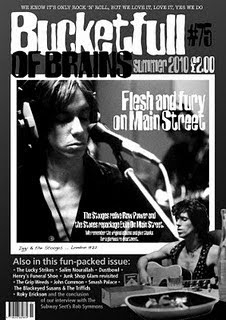 I'm not sure how Nick and Co. do it either but do it they do.

Jings, I forgot all about this... good shout discos Brutusound via facebook! 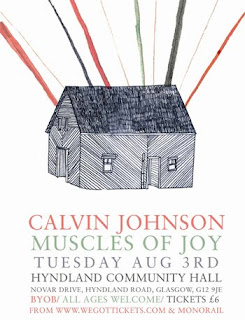 Iain sent me a message about this, finger must have been to the left of the pulse on this one... 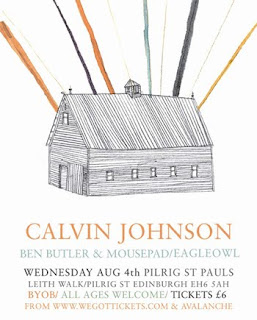 
Thanks to Emily at Tracer Trails for the poster art.
Posted by Lindsay Hutton at 8:00 PM No comments:

Saw four films at the weekend, three at the cinema and one here in the bunker. Toy Story 3 on Saturday afternoon… I think it’s one thing for kids under say, 5, to watch a dvd at home on whatever size of TV their parents have but another thing entirely to expect them to sit through something in a cinema. This screening wasn’t that bad but there were a few as young as maybe 3. So you can imagine the kvetching and the launching of popcorn from buckets that are almost as big as they are.

The film itself is pretty good, with characters that bear (no pun intended if you’ve seen it) some investment. Indicating more soul than many modern actors that thrash about amid blue screens and cgi. That evening, I watched the DVD of Edgeplay, Vicki Blue’s Runaways doc and it bummed me out. This is a prime example of why it’s maybe best not to know about what went on in the background with regard to a band that you gave a hoot about.

Managed to drag my tuchus out of the house on Sunday to catch a double bill of “Please Give” and “Friends with Money” both by a filmmaker - Nicole Holofcener, that I never heard of prior to this. In a coincidence with the title, “Friends” includes Jennifer Aniston and you get to listen to her cursing. It’s OK and closes with a great Ricki Lee Jones track that I never heard before. “Please Give” is a kind of "Crossing Delancey" type, New York based semi-black comedy with a good heart. Genuinely funny and touching with a great ensemble cast. Best film I’ve seen since "Cigarette Girl", no question about it. I was going to post the trailer but it gives too much away, best just to see it fresh. It's around UK cinemas now so if it's anywhere near you, treat yourself.

I seem to be having messages returned around 24 hours after I sent them out. Is the interweb gubbed again or is just me? Being paranoid I’m pretty sure it’s the latter but are any of the rest of you, particularly of the blueyonder persuasion experiencing anything similar?
Posted by Lindsay Hutton at 6:51 PM 1 comment: