PANTHER BURNS return to Belgrade on the Danube after their first theatre performance there in 2002. As part of the AUDIO VISUAL 21st CENTURY - AV 21 FESTIVAL BELEF 2011, Panther Burns will appear live before a psychedelic backdrop on Aug 6th at 9pm in the Kalemegdan Fortress on the plateau behind the Gallery Natural History Museum. 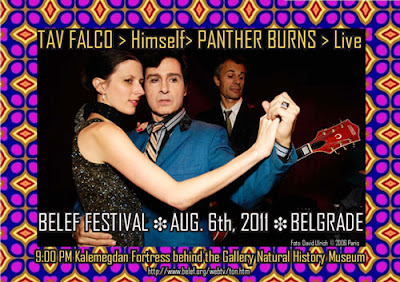 Posted by Lindsay Hutton at 10:12 AM No comments:

Posted by Lindsay Hutton at 8:57 AM No comments:

Sunday morning already. I kind of feel like buying a paper but really don't want to encourage the feeding frenzy. There are TWO BIG STORIES now, during a period of the year when almost nothing ever happens. And there's the other one that's gurgling away in the background - the one that might topple empires and govenments or both.

However, Norway is hurting pretty bad. And that makes me feel rotten. In addition to having many friends there, when I was there last month - the country pretty much helped me to remember that there there might be a purpose to this life malarky after all. I mean that sincerely and honestly. The people I met there were so gracious and cool and they really don't deserve this kind of action being visited upon them so what gives? The "religion" smokescreen. It's time that pigeonhole was reconsidered or even outlawed. It's several leagues more dangerous than drugs and booze ever were. It consumes idiots and makes them think that they have a purpose. They don't.

And after leaving "The Party" yesterday afternoon, I got the message about Amy Winehouse. Now I wasn't a huge fan of her music, I liked the stuff that reminded me of The Detroit Cobras. However, she was a proper pop star and however much she sometimes looked like she'd been dragged back and forward through a hedge multiple times, she exuded a beauty that was real. We can't legislate for her demons and nor should we. Whatever actually killed her is really none of our business. I keep reading about this "27" thing. That it has some significance. What bollocks.

Anyway, Everett True's piece here is pretty great and pretty much says all that needs to be said. It's not forensic, picking over her foibles. It's personal and I think that her character deserves that. And John Robb's is good too.
Posted by Lindsay Hutton at 7:49 AM No comments:

Your Fragile Mind by mxrich
Posted by Lindsay Hutton at 12:09 AM No comments:

I've no idea if this is on today or not but if you're in Oslo then you should go. 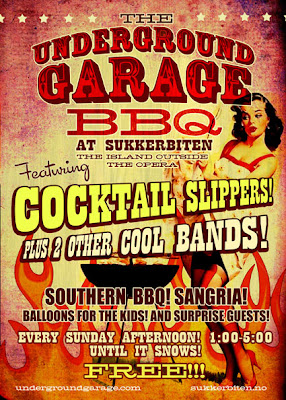