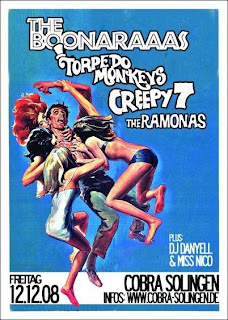 Posted by Lindsay Hutton at 6:22 PM No comments: 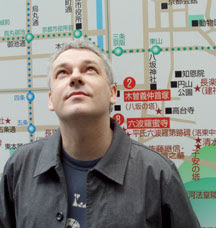 Forget that we're all headed for the U-bend, here's some relief for those in the Stirling area tomorrow evening.

See you in the bar for mince pies at approx. 7pm.

Posted by Lindsay Hutton at 5:57 PM No comments:

It's a shame about Woolworths. It's still one of the very few stores that I would actually have a browse in. Where am I going to futz around when I'm between Filmhouse and The Cameo of a Sunday avo when Woolies disappears for good? Of course there's all the people who work there to consider, they don't deserve this treatment for chrissakes. More victims of the greedy bastards that paddled us up this particular creek. Not to be confused with those who pochled the odd pick and mix. Which I was never guilty of incidentally.

I remember when Falkirk had its own Woolies record store but way before that my prize score of all time in there was a copy of The Standells "Try It" for 25p (I'm pretty sure it was just after decimalisation) which I still have.
Just heard a news report which says the company reported it's highest daily sales ever. Too bad it was down to the vultures. The way things are going, the UK will be closed soon - not just the businesses that we thought would be around forever.
Posted by Lindsay Hutton at 5:36 PM 2 comments:
Newer Posts Older Posts Home
Subscribe to: Posts (Atom)