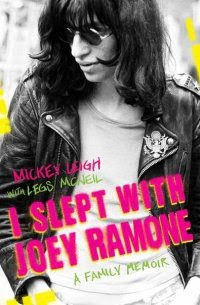 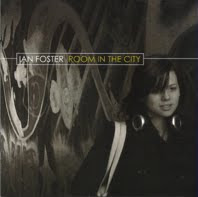 Ian Foster hails from Newfoundland and “Room In The City” is his second album. It’s a quiet, unassuming creeper. First time I spun it, it barely grazed me but I did like the look of the girl on the cover. His vocal style is like a less-affected Steve Forbert and not unlike Chris Isaak while sounding nothing like either. Did you ever hear Will T. Massey? There’s a kinship with him here too. These are good old-fashioned songs delivered with an honesty and sense of craft. This is the kind of guy who will go out and play these and build an audience person by person, the best way to go if you have the patience and the stamina. I get the feeling that Ian Foster does. 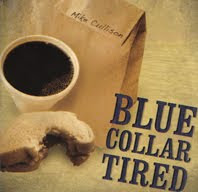 Nashville, TN based - Mike Cullison does a nice line in honky tonk country rock and his “Blue Collar Tired” set will go some way toward setting you up for the day. Kicking off with “Wish I Didn’t Like Whiskey”, it makes a good foil for “The Whiskey makes You Sweeter” and I look forward to making a segue of the two somewhere down the road. The title cut takes some pointers from the “Blue Collar” movie soundtrack with its factory line, punch and die type rhythm. “Pour Hank on the Pain” is just about as RigRock a title as you might find in this day in age. This sounds like it might be on Diesel Only but it ain’t but it is worthy of your investigation. When I was doing some digging while putting this together, I noticed that our old mucker LP had given it the thumbs up way back in February. He always was way ahead of the curve that guy. 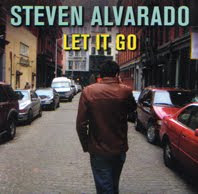 Steven Alvarado’s “Let It Go” is his fifth album. On Mott St. Records, it has a crack team of players on it and it’s quite latterday Springsteen although I’d have to say that the songs are better. Maybe it’s closer to Greg Trooper now I think about it a little more. I don’t see this so much as Americana, it’s more electricity-fused acoustic. Not really pop but courting certain elements of that. Essentially these are stories set in very able arrangements that deserve to be heard. But where? As the planet continues to disappear up its own hint end, there are less and less places to connect with good, honest music like this. Check it out in the confines of wherever you may be accessing this via the wonders of not-so modern technology. 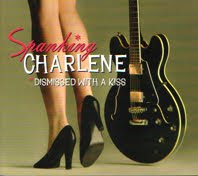 Spanking Charlene might sound more like a pastime than a band name but it’ll grow on you like Smashed Gladys did. Trust me. “Dismissed With A Kiss” is their debut album and they're augmented by producer Eric “Roscoe” Ambel and fellow Yayhoo, Keith Christopher. Two gents that are no slouches on your two favourite types of music. Those being rock and roll. SC won a contest that got them a deal with Little Stevie Van Zandt’s Wicked Cool label but there’s no sign of that of yet. Anyhoo, first things first. This is some pretty entertaining US pub rock that sizzles with that patented blues/punk/country gristle. A wee bit X here, a smidge of Guadalcanal Diary there. That’ll do for me as I ease myself into Sunday afternoon in the direction of some harder stuff. That's music, not liquor incase you were wondering. Wonder what’s happened to the follow up? There are demos on their myspace but no info. I’ll let you know if owt turns up because I think you’d like SC.

All of these came from Hemifrån...
Posted by Lindsay Hutton at 1:45 PM No comments:

"There is nothing new under the sun." Alright, hear that. Under the ground, well, that’s another story. The underground, if you like it, is where the action is. Elvis conquered the world breaking cover from a subterranea of blues and boogie the white folks had crossed the street to avoid, but which all the while was a time-bomb ticking as the pulse beneath their feet. The Beatles, incubated in underground Hamburg, broke cover to reconquer it. Punk, meanwhile, made the underground the foreground, reinventing culture randomly. Its imprimatur is everywhere today, its foremost pioneers assimilated at last to a point unthinkable even ten years ago.

The Boss reaching down to cover Suicide’s surrealist hymn "Dream Baby Dream" is the tasteful end of a spectrum where today John Lydon plugs butter and anarchy is a commodity. Martin Rev, Suicide’s musical, as opposed to lyrical, vocal half, composer of "Dream Baby Dream", is one of those for whom the underground is the only ground, whose insight makes it into – for his many admirers and fans – holy ground. And it is from Rev that came the music for "Whisper", subject of a new remix project conceived and produced by its lyricist, veteran pop and punk operator Marty Thau, whose career has already seen go from the sound heaven of early Van Morrison to the concrete soul of Richard Hell, with stops along the way to rear the Ramones, Blondie, Real Kids, New York Dolls, and Suicide, whose eponymous debut album established a parallel chorus-verse since responsible for countless electronic rock’n’roll mutations.

By a virtue of a fortuitous Facebook hook-up, about a year ago Thau came across Jeremy Gluck, former singer and songwriter of second generation garage punk heroes The Barracudas, whose solo work includes late-Eighties "I Knew Buffalo Bill", a collaboration with Nikki Sudden and Rowland S Howard considered the first "alt.country" work. Already a hardcore Suicide fan, Gluck couldn’t believe his luck to find himself in touch with Marty Thau, and duly interviewed him for top UK fanzine Bucketfull of Brains. 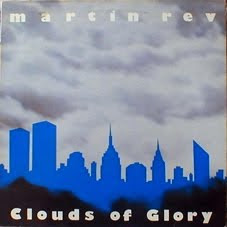 It didn’t stop there, though. At a point when both were looking for a new challenge and renewed commitment to music, by degrees an interest in collaboration became evident but was not catalysed until Thau suggested Jeremy covering "Whisper", a song written by Martin Rev and himself included on Rev's instrumental CLOUDS OF GLORY LP in 1980, which he also co-produced. Thau always believed WHISPER might be something special if it had a lyric, so he wrote one but did nothing with it until he decided to give Gluck a shot at doing the vocal. 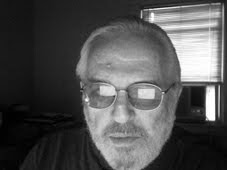 Mediated by e-mail, chat and some furious file transfers, gradually "Whisper" was knocked into shape: Jeremy would send Marty draft vocals, the latter communicated instructions back by email and the odd call and when he finished he sent Marty the files to assemble and mix. Over a period of weeks the correct treatment appeared and at a local studio Jeremy laid down his parts. After a false start, an agreed new female part was finally nailed by Jeremy’s partner, Kate McEwan.

The files were duly despatched to the States where Marty assembled and finessed them into a polished production resembling nothing more than what might be called "Amartycan Graffiti", uniting and acentuating as it does elements of the Fifties romantic pop sensibility that informs the instrumental original while introducing late Sixties touches that taken whole create a strange, timeless feel that is both intimate and chaste, flying in the face of the vogue for crude pop and replacing sex drive with a kind of muted love cruise. It’s refreshing, disarming and deceptively catchy, Rev’s ingenious backing track a hit worthy of an imaginary "Alphaville" chart; joined with the soft-focus vocals, especially McEwan’s breathy and whispery anti-attack, this is elegant, retro-pop of a kind in too short supply.

Initially the idea was just to do a "Whisper" single but the project expanded. Different versions from different producers - each interpreting the song in their very own inimitable style but using Jeremy’s and Kate’s vocals however they wished – has resulted in llar mixes by Brendon Moeller, Beat Pharmacy’s rising remix and DJ star; revolutionary mixer Dub Gabriel, whose version is an homage to Suicide and dramatic departure both; UK rising star Amurgit, who offers a reggae take; and more to come.

With digital distribution due from The Orchard, run by Thau’s old friend and colleague Richard Gottehrer and with whom he originally managed Blondie, and interest bound to be serious from across the underground rock’n’roll and club spectrum, the WHISPER EP is going to make a lot of noise. Release date TBC.
Posted by Lindsay Hutton at 7:49 AM No comments:
Newer Posts Older Posts Home
Subscribe to: Posts (Atom)