SCREAMING THE TRUTH FROM ANOTHER DIMENSION! 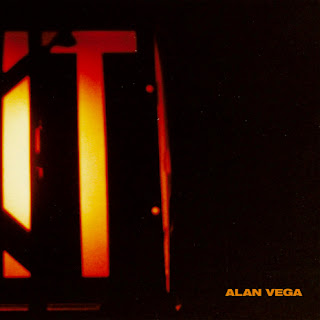 “Hey, the fools made the rules. It’s all German engineered”.

That Alan Vega always had a way with words and the roll call of discontent that makes up “DTM” is charged to the gunnels with all the bile and distrust that the man always had with convention. It’s delivered over a crackling, electronic pulse that packs the ideal undertow. First time I came into contact with IT was during the Punk Mass that celebrated Suicide’s rise from the gutters of the long-gone New York at The Barbican. Always a sound born of decay and destitution, it took a while for the world to catch on. It’s still catching on and the body of work that both Alan and Marty have wrought will confound and delight future generations in equal measure. Forty laps of the sun down the line, Alan has come up with one hell of a death rattle.

“Hey – how about the anti-christ. Celebrate the pain!” That’s something that was always prevalent in his work. It was an often unfettered celebration of pain with a telescopic depth and groove. No matter how unconstructed it may have seemed when it first hit your ears, you could never listen the same way twice. “Fade to black. Fade to Hispanic”. There are parallels here with what Lynch has done with the resuscitation of Twin Peaks. Uncompromising and unfiltered, however long Trent Reznor chips away at the seam he’ll never come close to any of this. Take it as you find it or get off the fucking bus. In what must have been a difficult time for Liz and Dante, IT has come together as what may well be Vega’s best work, a disjointed industrial urban symphony that reflects how I’m sure that Alan saw where this world was going. A year down the road since his passing, there is so much more to rail against.

To attempt to describe the majesty of IT in words is pointless, a large swathe of the populace won’t get it. It’s a real gift to those of us who do. And who were lucky enough to watch it gestate. These pieces are something to be experienced and the louder the better. Undoubtedly this is a crucified soundtrack to what is looking increasingly like a wrong century. Vega is unfettered and visceral in death as he ever was in life. You can get it in whatever format you favour (apart from cassette or eight track) on FADER LABEL.

In “Prophecy”, he declares that he’ll go “on and on”. That goes without saying.