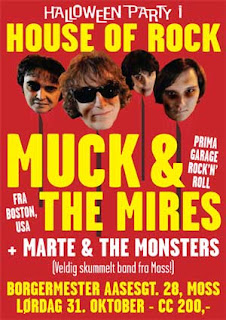 Posted by Lindsay Hutton at 7:26 PM No comments: 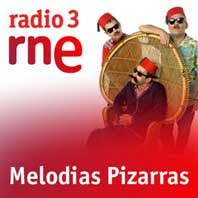 You need to tune into these guys...

78RPM action from another dimension!

Posted by Lindsay Hutton at 6:23 PM No comments: 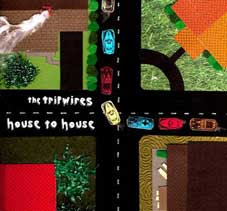 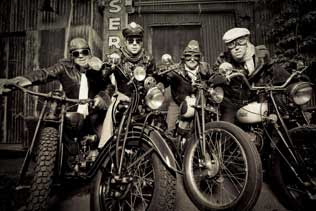 "This Friday October 30th at The Sunset in the Ballard Region of the fine city of Seattle... help celebrate the release of The Tripwires "House To House" on Spark and Shine records.

There'll be CD's for sale and plenty of fine rock music on display, as we'll be joined by local titans The Small Change and (the much anticipated return of) Llama!"
Posted by Lindsay Hutton at 6:12 PM No comments:

This wearing me old glasses lark is a strain. There could be even more typos than ever as a result but beggars cannae be choosers. I do have a pair of prescription shades that I’d try but sunglasses after dark is one thing but not in front of a screen. Can they be any more confounding than this? Well and truly crashed and burned today. Woke up with a swollen gland on the right side of my neck and will just have to tholl the discomfort. Struck out on the doctors appointment because it’s a system a little like trying to get through to fucking tickettwonk. Verging on impossible. So we’ll see, it’ll either pass or I’ll peg out. By the time I got through, all the places were taken. I could camp out at the surgery at 8am in the morning. That might work. There was no mention of the word “would”. Part two of the Madrid story coming right up...

My closing song at the Wurlitzer had been "(I’m) Out of It" by The Nomads. This was apt in a number of ways. Up again to bid adios to the kids who were headed for Bilbao to raise some havoc there. There was some traffic chaos going on that postponed the blast off time and we ended up walking to another part of town so they could get the van. After that, I zig-zagged back through previously unexplored territory to my room to grab a little more rest.

Decided to do the Tears of Eros exhibit that I found out later was in two parts. It did seem like the initial circuit was a bit sparse, even taking into account the enormity of some of the individuals whose work was being displayed. Loved the Lugosi image by Warhol and am generally suspicious of video installations within the context of a gallery exhibit. That was just a tiny part though. I’d figure out the route to the place that the other section was being displayed later because the life force was once again beginning to flag. A wee siesta was in order, prior to heading along to Chez Munster for some top nourishment.

The original plan was to go catch the one and only Gene Taylor who was in town for a week long residency with Red House at Café Central. It was swamped but it sounded great from the sidewalk outside. Unfortunately it wasn’t possible to catch another set but it was very cool to meet the great man in the street albeit for a matter of minutes.

Inigo and I met up with Simon and headed for La Pequeňa Bety where Los Platillos Volantes and Els Trons were playing. Nice spot and the bands were OK but at this point in my existence, I never have to hear another version of “7 and 7 is” during what fate might have in mind for my lifetime. Heartening to see a Thanes poster on the wall in there though. I think we all felt like something a little more sedate by that time and headed for a place that seemed to be kind of exclusive where you have to ring a bell or something to gain entrance. Anyway, it was a very classy, upscale – old school joint. Lot of cool old wood panels and a distinct sense of history.

According to the knapkins the place was called “Bar Cock”. Cue hails of mirth from the UK contingent along the lines of seeing “ausfahrt” in Germany. Not really but you can just imagine it though – right? The only thing wrong was the music. Like a techno dripping water torture, albeit at low level. It reminded me of the place I saw Amy and Eric in Newcastle and wished they were there playing instead of this insidious din.

From there to "Circulo de Bellas Artes" (Thanks Simon) and a final libation for the evening. Like a giant version of the Café Royal in Edinburgh maybe. As we left there, I heard Joey Ramone whisper through the ether, “Whaa? You leavin’ already?” as only he could. Not far to fall from there to the Hostal Christina as I’d christened it and that was a very good thing because the next 24 hours would be jam packed with the highest jinks imaginable.

Part three coming up when I can confirm that it actually happened - to some degree.

Still with Madrid, the amount of shows there this past few weeks is incredible. And I just found out that Annika Norlin and Andrea Kellerman will be at the Fikasound’s Voces Femininas festival tour in Fotomatón Bar on November 18th. And of course, The Fleshtones at Sala El Sol on November 20th.

Posted by Lindsay Hutton at 5:28 PM No comments: