TWENTY ONE - PROOF THAT IT WASN'T ALL BAD.

I’m not really one for these end of year lists but a couple of folks asked me so what the heck... and there are links so you can hear for yourselves that these are worthy of your indulgence. 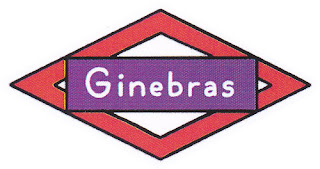 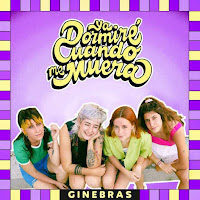 Absolutely my most played album of 2021, I discovered GINEBRAS via the trailer for a show called Sky Rojo in March of last year. My gateway drug was a version they’d worked up of a song that I since found out has had a trillion YouTube views called "Con Altura" by someone called Rosalía that I swear, I'd never heard of. Their interpretation just had a unique chemistry and down the rabbit hole I went. Turns out their debut album “Ya Dormiré Cuando Me Muera” (“I’ll Sleep When I Die”) consists of nine wall to wall pop gems. Ten if you count “La Cuidada Huele A Sudor” (“The City Smells Of Sweat”) which has a video just to make it even cooler. That last title is on the Edición Deluxe of their album on Vanana Records. GINEBRAS is getting more popular by the day and a friend I alerted them to from The Netherlands recently told me “The sense of pure and non-ironic joy they emit is very contagious”. They really seem like they like to have a laugh too whilst retaining the ability to knock out a damn good tune. I’ve never been more sold on an act since I discovered Hello Saferide and while I fully realise that being Spanish language is problematic in other territories, I don’t think that I’d want them to record in English. The language here is like an additional set of instruments and just plain old catchy but in the positive sense, not like this damn virus that’s been harshing our collective mellow. The Sky Rojo show itself is a hoot, made by the folks that brought us La Casa De Papel. Both Netflix. 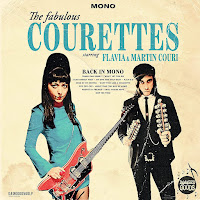 The release of The Courettes “Back In Mono” (Damaged Goods) coincided with the band making it back to Plague Island and somehow waking this dead from the ankles up land mass for a couple of weeks. NBT types should all have their copies by now but this is an album that should be Amy Winehouse big. It boots that Mark Ronson/Daptone retro app sound square up the jacksy and turns it full Spector-al. Just a pity there are no pop programmes on TV anymore because this pair would make quite the scene and maybe jump start a whole new generation of hit makers. Is Later still on? The producers should be begging Flavia and Martin to appear. By all accounts, they’ll be back this way around May/June time so somebody should be trying to make that happen. Mark that on your minds! They’ve just recorded four new songs so I imagine they’ll be coming our way to coincide with that. Meanwhile order all of The Courettes records via their Bandcamp page. Full disclosure. I'm biased. What's it to you? 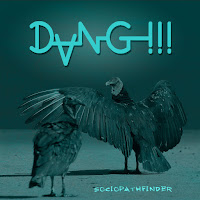 DANG!!! released “Sociopathfinder”, a record largely out of step with most other things that seem to have gotten traction in recent times. It sounds old but never backdated in the way it connects 60s and 70s shapes in a blender with a few shots of left field snifters. These Scandinavians, abetted by key guests from across understand the majesty of rock better than most and this something that should have a big stage. There are plans to make it live but it demands a scale that likely isn’t available to something unknown at this moment in time. I’m hoping that an opportunity will be forthcoming. DANG!!! will be back for a second season and that monster is currently being revved up with a view to the result being available during 2022. “Sociopathfinder” is on the Apollon imprint. 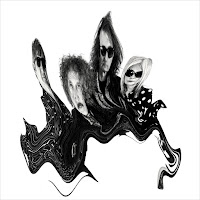 IN THE RED Records released “NEGATIVITY” – the first Scientists record in Forever. It also issued the final recording that Alan Vega made with Ben Vaughn, Palmyra Delran and Barb Dwyer in 2015. Entitled “After Dark”, it continues the pioneering free-form of "Cubist Blues". I’m pretty sure I’m right in saying this was Alan’s final session outside of anything he made at home with Liz and Dante. It features all the tracks except for a "Dream Baby Dream" revamp that will hopefully appear in due course. 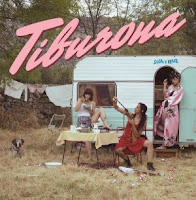 Back to España and the debut by Tiburona (FOLC Records). They’re three Punk Rock Grrrls from Madrid and the statement of intent that is “Sola Y Feliz” (“Alone and Happy”) combines a stroppy spirit with an equally feisty take on what it takes to sound like they mean it. They even have a song entitled “Tura Satana”. That alone should have you itching to hear it. 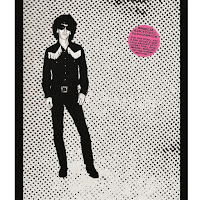 Memphis Electronic’s “One + One = One” is a lonesome outing by Didier from Dum Dum Boys and Non! Lo-Fi to the point of No-Fi but pulsating to an altogether ‘nother backbeat. Great version of the Stones “Miss You” like you never heard it before. Mono-Tone Records. Numbered edition of 300. 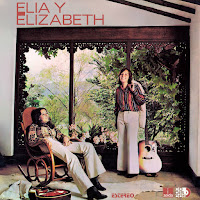 Elia y Elizabeth’s self titled and “Alegria” releases on Vampisoul are the antithesis of shouty punk rock. These Colombian sisters recordings from the 70s are just timeless and I think you’ll recognise the song that is entitled "Pesadilla” on the self-titled set. 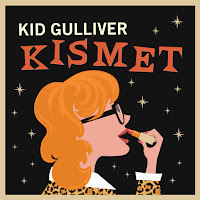 Kid Gulliver hooked us with “Susie Survived Chemotherapy” and find themselves collecting all the tracks that have come out since then on to one handy compact disc or album length "Greatest Hits" download entitled "Kismet". 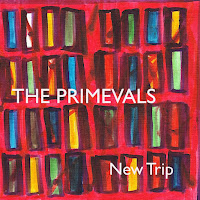 The Primevals keep making them and the listening public need to catch up but that doesn’t deter them. “New Trip” continues their grasp on being trapped in a world they never made. That listenership needs them more than the band needs these lollygadders but some attention beyond the converted is long overdue. 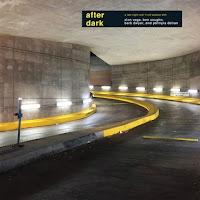 And one for 22, seeing as it’s out January 24th. I mentioned Hello Saferide before and Annika Norlin has an album entitled “Mentor” released by Razzia Records. The tracks I’ve heard so far indicate that this will likely head any list for this year. 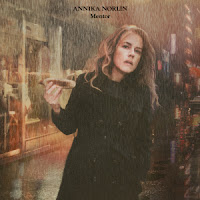 The formatting went a bit awry but rather than do something that means I have to start again, I'll leave you to deal with the mis-spacing. Almost never writing anything here anymore, I'm not down with any of the stupid tweaks Blogger has made to irritate me. How we ever got to fixing things that don't require it only to leave more important work incomplete is a symptom of the times. May you continue to avoid the ongoing plague like the plague. That outbreak of common sense is still scheduled as far as I know.
Posted by Lindsay Hutton at 1:52 PM No comments:

Posted by Lindsay Hutton at 9:55 AM No comments: