I recall looking at the clock this morning at 4.26am. Figured I might have another half hour before getting up to have an hour on here prior to work. Either the alarm wasn't set or it's knackered, either way, next thing I new it was after 6 and that set me up (not) for the remains of the day. The one cool thing that happened though was that I got a message from the great Hal Blaine. The man who has played on more great records than anybody. Doctoror H tells me that the "crew" even played on the Lancelot Link and Evolution Revolution album!

So here's a couple of things to keep you amused while I ponder my strategy...

Barney Hoskyns has two signings coming up to coincide with his Tom Waits book "Lowside of the Road" being published by Faber. He's at:

Sister Chris Marlowe found these MC5 pictures whilst dealing with the personal effects of her friend, Bobbie Kaminski, who passed away recently. She thought you folks would like to view these never seen artefacts. No details on the location or date are available but feel free to speculate. Chris also found the SAHB pass which has special cultural significance in this year of "homecoming". 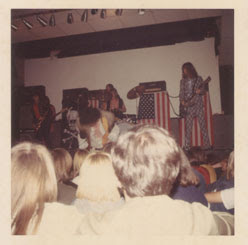 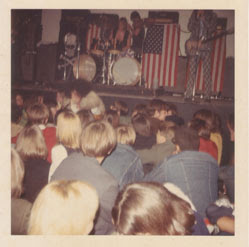 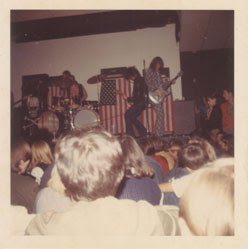 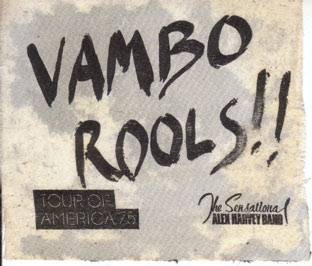 If you're in the New Jersey locale, all roads lead to Asbury Lanes this Saturday night. Check the venue website to confirm showtime... 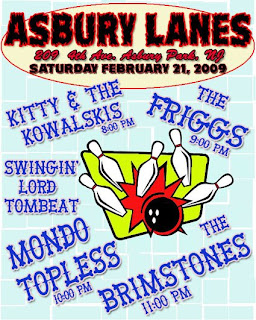 PJ posted this at the BLR list, website doesn't seem to be active yet but stay tuned for further info!

BLAST-OFF! festival is a WILD, WONDERFUL and WAY-OUT happening in Nottingham.

It will be a BLAST of international GARAGE PUNK, BEAT and ROCK AND ROLL!

Including the ONLY AND LAST UK SHOWS of two of the greatest bands on the planet:

THE OBLIVIANS and THE GORIES

as well as a host of incredible bands that will include (in no particular order):

All this AND a monster daytime record-fair/retro market for you vinyl and vintage freaks, Insane international dee-jays, all night dancing, gorgeous go-go dancers, delerious decor, far-out films and art show and MORE!

More fabulous acts and delinquent entertainment to be added soon, including one fantastic headline band.