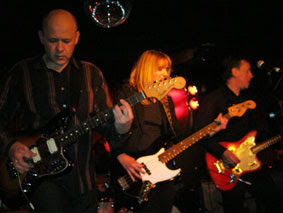 Where to start? Did I dream London or did it actually happen??

The Luminaire is a great venue and quite unusual for das capital. For some reason, it’s about to become the latest casualty of this sick climate where cool places disappear and the stinkers flourish. There’s even a notice in there indicating that idiots that talk during a bands set will be ejected. An action that should be mandatory across the country. In keeping with the quality of the venue, the people who work there and the crowd were top notch also (hey Jasmin, hey Mr Boris) . At this point, kudos should be heaped upon Mariajane (of TPBR) who made the entire prospect possible. 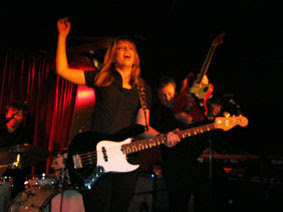 The Penny Black Remedy struck me as something that could fly. An Arcade Fire meets Gogol Bordello via Strummers Mescaleros take on Joe Ely kind of deal. Their main problem is perhaps that they have to convince the people who like those bands that there’s room in their hearts for them too. A ska angle offsets their “Never mind The Balkans” folk aspect so that altered kilter might work in their favour as might an appearance on something like Jools Holland. 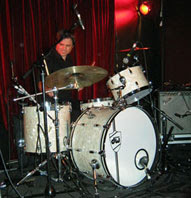 There was no danger of anyone being able to yap during The Bambi Molesters. Their UK debut underlined their greatness and rubber-stamped the firm belief that this isn’t a surf band. Of course they embrace elements of that but their cinematic soundscape takes the calibre of instro-mental to a whole ‘nother level of intensity. Augmented by brass and keyboards (Luka from My Buddy Moose) this is a big, big sound that ebbs and flows and utterly immerses the audience. When Lada told be that they’d play for 90 minutes I was a bit worried that might be too long. As it was, it passed in a flash and proved to confound the onset of ADD element that has come to pass in recent times. And let’s face it there are so many bands that don’t have 20 minutes worth of material let alone 90. We’ve all had to suffer them, right? 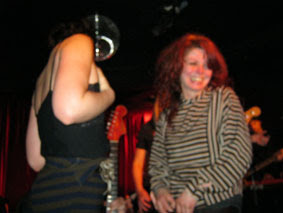 Aside from the fact that it was a gas to have them here in the scabby old UK, the dynamic of how they play is what sets them apart from the chaff. This is intenstrumental music where the dynamic underplays to maximum effect. Their control and subsequent flexibility is along the lines of Robert Johnson and Punchdrunks where the currents can be at once calm and choppy, just before the squall. It's the atmosphere.

Dalibor and Dinko’s guitars create a wash for the rhythm. Hrvoeje’s drumming seems to calibrate the balance. This guy is from the Nick Knox/Bill Bateman/Leanne Cowie style of making every hit count. No flash fills or overplaying just concise percussion with Lada’s bass completing the storm. I would hope that somehow or other they’ll be back over this way soon or hell we should just go to them. What the hell is there to stay here for anyway? 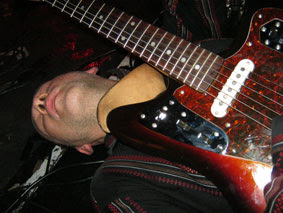 I wandered through a relatively deserted Camden just a little before 5am on Sunday morning. Pondering if what I thought happened happened. According to other witnesses it did, so a big shout out to all those that made the night crackle and pop. My recent hit and runs on “the London” have been taking their toll but I was just relieved to have gotten there given that the weather has been wreaking havoc and is said to be just about to do so again.

If it could just hold off until January 2nd or thereabouts then I’d be obliged.