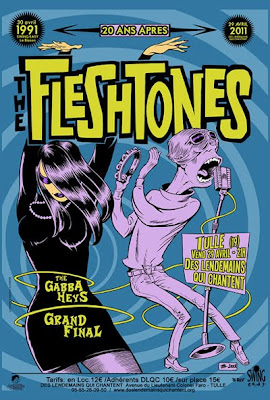 The Fleshtones will be bringing the Brooklyn Sound Solution to Europe over the next month or so. Keep checking here for details,the first lot are up now.

There's a good chance of an instore this Friday before the show the poster is for (thanks jm).
Posted by Lindsay Hutton at 8:12 PM No comments:

Exactly why the antics of what’s happening at the other end of the country could interest anyone is a huge mystery to me. That goes for this week and the 2012 gubbins, up there with the pyramids and maybe even the Loch Ness monster. However, as long as you keep well away from the TV and every other form of media then it's provided an extended weekend break. Make like you’re on a plane or in the quiet coach of the train and turn off your gadgets. We'll still be here after it all dies down. perhaps even during to offer an alternative.

I guess that the weekend there recharged my ailing batteries to some degree. Hooking up with old/new friends and associates taking up the burn of the day to day hokum. I just saw something about “major studios streaming to YouTube” which brought me down a bit. It’s all so desperate. Still if someone would rather watch something on the (very) wee screen as opposed to anything like a decent sized one then why the hell should I try to stop ‘em. I guess the only real winner here will be specsavers or some other such outlet that deals in seeing gear.

On the subject of the pictures, if you’re in Glasgow next Tuesday (May 3rd) then there’s a screening of the Creation Records documentary that will be followed by a Bandits set and other stuff of that persuasion. 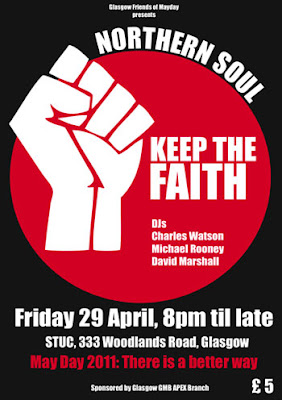 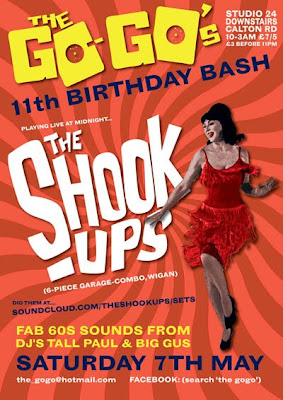