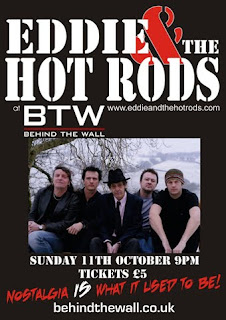 Time to deal with some random stuff here...

I know some of you are sick to death of hearing about The Stooges but this is a great piece. Thanks to Tom and Randy for bringing it to my attention.

They may be bringing the beat to Europe but those kids at Norton checked in with this...

New Fall releases are almost upon us!

Covers for all the new loot n' booty at http://www.nortonville.blogspot.com

Do not miss this news.. our biggest motherlode to date! We are super glad to announce some of the coolest sounds ever set to wax, all from KIM FOWLEY's cranium! Dig a double dose of his rarest and earliest tracks with ONE MAN'S GARBAGE and its bookend ANOTHER MAN'S GOLD, a killer pair (LP AND CD) that will whack you upside the noggin in case you've been dozing and have forgotten to write Kim a letter lately. Do it!

We've got three volumes on LP and CD of SUN RA's early Chicago-era vocal group recordings, including a mess of unished mayhem and an entire set of Muck Muck YOCHANAN and other delights. Copious notes from Arkesta trapsman Michael D. Anderson and the Norton crew, fastidious transfers and mastering, and beauteous packages make these an essential trio for all.

Kids, the TANDOORI KNIGHTS, the hot n' spicy new stars from Canada have joined the roster, too. Pick up their 45, and also the hitbound JACKIE AND THE CEDRICS 45 Tall Dark Stranger and the A-BONES historically correct Shallow Grave!

Big Big news is that Norton is home to two of our favorite albums ever by our beloved FLAMIN' GROOVIES! Yes, the bigwigs at Sony/BMG have licensed FLAMINGO and TEENAGE HEAD to Norton for footlong release! Hell has frozen over (what, again)! Check the fans attack circa 1978 kicks at kicksville66.blogspot.com! So if you're still wedged into your chair, please take a moment to take a sip of that Diet Coke on the coffee table because we have more news!

KICKS BOOKS has announced a paperback line with the first one due with our wax stacks! See it at at http://www.kicksbooks.com and check back for the whole ballyhoo, up by Monday Oct 5... it's called SWEETS by Andre Williams and it will blow a hole in your gourd, to put it sedately. So, now have we left anything out? Halloween shoppers at the WFMU fair, and ye in the hinterlands, ought to pick up goodie bag essentials like the new adhesive back iron-on patches (yes, we will have an ironing board at the WFMU fair to iron a patch where you need it. We can also iron your hair and unwarp your wax wares.)

And if you need an official Norton Records bag for ya goodies ("Buy 'Em By The Sack!"), pick up the boss new Norton Records canvas LP totes - two styles so people know who they're dealing with when you ring their doorbell and demand Snickers and Mentos. Dig order info and more ballyhoos and know that ship date is Nov. 3 for all the bash-ola that previews at the WFMU fair! Ready now? A-one, a-two... GO TAKE A SNEAK PEEK NOW

Chuck Berry, with support from The Jim Jones Revue, at the O2 Academy in Glasgow on November 23rd. And just £45 + booking fee per ticket. He's having a fucking laugh but not at my expense. Unless of course, The Skeletons are his backing combo. Then I'll pay.

Actually there's more and I can't find it. My desktop is like the bottom of the proverbial budgie's cage. Thanks for your continued support of this disarray.

Posted by Lindsay Hutton at 9:29 AM No comments:

I’d never been at a show in the revamped Caley cinema, now rechristened The Picturehouse. Had a wee peek in when Mr Graboff was here last December but wasn’t at a show in there since probably The Scientists/Sisters of Mercy – whenever the heck that was?

Word on the pavie has been that the sound in there was a bit guff but not last night. Nope. Got down there a little after 7 and made a pitstop at Filmhouse because the doors weren’t open. My understanding was that St. Deluxe would be on at 7.25pm. Nope. Turns out it was more like 10 minutes early so we only caught three of their agreeable squalls. If they can get the kids to connect then they could do pretty good.

Was never a fan of The Vaselines until the “Dum Dum” album came out and they split shortly afterwards. So I never saw them before but on last night’s showing, it’s been my loss. Augmented by a 1990, the great Stevie Jackson and a bass player I recognised but couldn’t place – they blitzed through a highly entertaining selection. Frances and Eugene trading banter with each other and the crowd. I’d almost go so far as to describe it as charming. And nowhere near as puerile as I figured it might be. My good mate Peter Tjolsen will be smiling and thinking “told you so” right about now. In short, these kids did great. Guess I was wrong. Again.

And Mudhoney – 21 years + since that Eurodebut in Berlin and I haven’t been in an Edinburgh audience that “up for it” in a very long time. There was a genuine crackle of electricity and anticipation, the kind of which is generally lacking in this commoditised world. And by this time the band has quite the catalogue to draw from and they do. The thing about these guys is that it all seems so effortless. To my mind, they are to The Stooges what the Hellacopters were to the MC5. They made it directly possible for Iggy to hotwire his old compadres and most importantly make new generations care. It’s when you see a display like this that you figure there might just be hope for this hoary old rock’n’roll after all.

It’s a pleasure to see a band that has kept doing their thing on THEIR terms. There were a lot of youngsters there who quite patently hadn’t seen the band before and were going ballistic. There’s something to there being some time between shows. This isn’t a cash hoover that comes around every 6 months after all. They were good at ATP a couple or 3 years ago but last night was a cut above.

As memory circuits crash and burn, I think that a lot of people will recall last night’s show as a highpoint of their time here on Planet Earth. It never flagged for a second.

My thanks to Mark and Kelly. Also to “Orange Slice (Leafy Green). Grand job fellas.
Posted by Lindsay Hutton at 8:45 AM 3 comments:

A hot tip for the wee small hours from Seth Gordon...
Posted by Lindsay Hutton at 1:29 AM No comments:
Newer Posts Older Posts Home
Subscribe to: Posts (Atom)