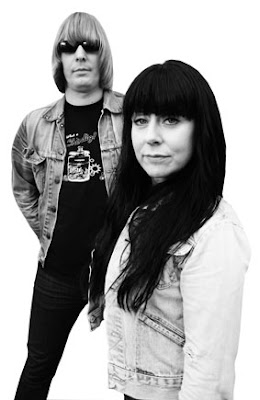 Once upon a time, well a little over two years ago, I met two kids in Spain that were about to set out on an adventure entitled “The Dahlmanns”. You know that I’m not one for expectations but the bar for this one was set ludicrously high but why wouldn’t it be? I mean, all the signs from the shows to the demos and the bush telegraph action suggested that big things were possible.

However, I was way less than prepared for what they’ve actually delivered.

Why what is left of the record business isn’t chasing them and pelting them with wads of money begging them to come on board and help save its sorry backside is beyond me. This isn’t some poxy indie scratchings assembled in a spotty youth’s room. Nope, this one harks back to a time when making a record was an event or rather when an album was a clunker free zone.

Eleven songs, each a teen pop anthem that weaves through stellar pop to glam punk with essence of folk rock and even country. Everything but the kitchen sink boiled down to create an effervescent classic that is capable of instilling genuine euphoria in a grizzled, cynical old Hector like me. Maybe you won’t recognise what’s happened to your face but that expression that will crack across yours is undoubtedly a smile.

“All Dahled Up” isn’t a record that requires to be accompanied by a thesis, or that should be explained. My f-f-fascination with Lines lyrics is my problem. On the face of it she writes like Jackie DeShannon and sings like a punk rockin’ Helen Shapiro. Blimey is right.

The cadence of Line’s voice is really quite exceptional. There’s a velvet clarity verging on being folky reeling around the ability to belt it out. Not once over the course of this piece does she bellow like one of those caterwauling over-singers (Expression © David Scott) that seem to plague us.

If something this plain good and pure and true can’t catch fire then there is simply no hope. End of. However, whatever... the pop thrills that radiate from “ADU” at least attest to the fact that it is still possible for rock’n’roll of this calibre of to be made.

So it appears that fine pop produce is making like the proverbial corporation bus (do they still have those?). Nothing for ages then two rattle along in unison and I can see a third a little way in the distance but I can’t tell you about that just yet.

Recently on farcebook, I alluded to the fact that I believed that this is equal to, if not better than the first Blondie album and I stand by that claim whether you agree or not. Actually, between this and the new Quattros opus – I’m finally getting the inkling of what it might feel like to be a proud parent or maybe doting grandfather is closer to the mark. But without any of the mess.

“All Dahled Up” will be available on CD from Pop Detective and on vinyl from Screaming Apple by the end of this month and hopefully shows in support of this momentous occasion will be forthcoming also. As soon as I know, you’ll know.

Photo by Pål Andreassen
Posted by Lindsay Hutton at 7:39 AM No comments: 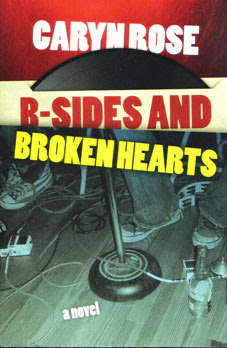 I finally got to read Caryn Rose’s “B-Sides and Broken Hearts”. It’s an excellent snapshot of a world that quite possibly doesn’t exist anymore. Or if it does then sadly there’s all too little evidence of it doing so. In this case, familiarity does not breed contempt other than the fact that whenever these kind of obsessions are covered in print they seem to be compared to “High Fidelity”.

Dunno about you but I always preferred the film which is sacrilege in some quarters. I can reason this not least because it starts out with “You’re Gonna Miss Me” and MX-80 Sound’s “Hard Attack” appears in the front of one of the shop racks. We know these people is what I’m trying to say.

And I know exactly when I got the news about Joey and that sets the scene for this entire thing. Luckily I was with people that did understand the enormity. Lisa Simon wasn't so lucky. Some of this is pretty moving. I’m less inclined to go along with the premise that Pearl Jam ever made a listenable record. But hell, she even includes references to The Replacements version of “Black Diamond”. “B-Sides...” really is a superb haven and I wouldn’t be surprised if Santa is toting a number of these for lucky girls and boys that might enjoy a stay in this particular kind of universe.

It’s all about the passion that somehow seems to have gotten lost in recent times. The best book about music since JD King’s as yet criminally unpublished “Like A 45 at 33”.

All the details you need to snag a copy (or indeed copies) are here.
Posted by Lindsay Hutton at 6:55 AM 1 comment:

Groovie goings-on. A prime example of the inevitable.

(thanks to Brother Don for the link)
Posted by Lindsay Hutton at 6:29 AM No comments:
Newer Posts Older Posts Home
Subscribe to: Posts (Atom)