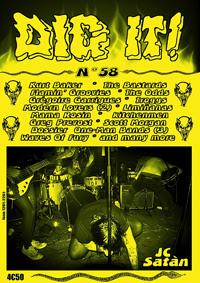 It’s been a while. Still haven’t managed to pull together my latest travelogue but I’m close. A little down the page there, you read me typing about being tired of hearing about people dying. I never met James Gandolfini but I feel like I did. So waking up the morning the news about him broke (pun intended) was shocking. I was obsessed with The Sopranos and recall meeting Steven Van Zandt at Joey’s Birthday party he same weekend as Silvio killed Adriana. That was pretty amazing. There’s a photo of Avy and I with him outside Irving Plaza and he’s holding an Amy Allison CD but anyway I digress.

Thinking about how he bowed out in Italy correlates with something I was thinking while I was in Spain. Can’t recall if I said it out loud or not but it goes something like this. If it is at all possible, I want to go down doing what I was doing like that. While I imagine that it would cause undue hassle for a club, restaurant owner or perish forbid – my dance partner but it would be my choice to keel over in front of The Dahlmanns or the YFF or The A-Bones or... actually just with my crew someplace. Gandolfini was 4 years younger than me and that’s a wake up call right there. Another prod.
The fact that I haven’t gotten over (and may well never) this most recent Spanish adventure is neither there nor here. Took LAST Friday off to attend to mundanities like the central heating and car servicing so that meant I could schlep into Glasgow on Thursday evening. The reason? To meet  and hang out with Monsieur Jacques Ball of the Dig It! Parish and man of science with a beat on the “laws of physics”.  What a gent! And great stories too plus he told me that Ben Vaughn will be making for France.
Cinema-wise, I saw "Populaire" and really liked it. Wasn’t really able to do the EIFF like I used to do but last Sunday I plumped for two movies.  “The Berlin File” lollygads a bit to begin with but then it hits a high octane stride. It makes the most recent Die Hard and all that shit CGI look like "Driving Miss Daisy". I smell a sequel too so I’ll be looking out for that. “Call Girl” isn’t exactly a cakewalk but it’s an excellent film. It has an inherent seediness that has become a staple of Scandinavian grit. Even although the perceived idea that Sweden is a shining example, it is obviously beholden to the same corruption and sleaze as everyplace else. There was one little piece that actually made me shudder. Attention to detail of the period is exemplary too.
I sort of got out of the habit of watching festival coverage on TV. Mostly because the acts they show on there – in my opinion – stink. But a band or an act is a business to some degree and they’re working and presumably earning. None of my business that most of them don’t deserve a second glance far less listen but let’s leave that to one side. It’s an opportunity to be seen and heard, It potentially increases an acts audience exponentially and everything grows.
That my interest in music hasn’t waned to see me acting my actual age is a cause of much pondering to me. It may not necessitate analysis or even matter but something that does bring it into sharp focus is just how awful much of the perceived entertainment is nowadays. Aided and abetted by this chuffing internet which seems much more of a curse than a blessing to me at this point.
I’m at sixes and sevens. No - make that sixteens and seventeens maybe. Weekends flash by so quickly. Particularly when you have no idea where to start with using such precious time wisely.
Posted by Lindsay Hutton at 6:26 PM 1 comment:
Newer Posts Older Posts Home
Subscribe to: Posts (Atom)