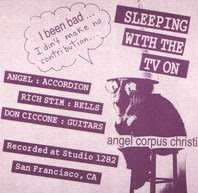 During the less than strategised archeological dig up in the loft, I found three copies of Angel's dream-mungous take on this Dictators chestnut that originally came with NBT 27 back in 1997.
If you'd like to adopt one and give it a good home then let me know. All I ask is that if you do score one, then you'll make some kind of donation to a charity of your choosing, provided that it's not yourself! There's no such thing as free maybe but this is as near-gratis as it gets.
Posted by Lindsay Hutton at 4:41 PM 2 comments:
No need to report the people who made this poster to the trades description department. Even I would leave the house for this!... 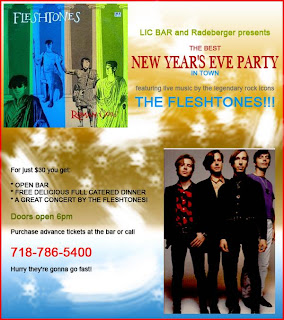 Posted by Lindsay Hutton at 2:24 PM No comments:
RIP - Tris King (Bogshed)
Posted by Lindsay Hutton at 1:23 PM No comments:
It’s Friday. Never sure which day is which at this time of year. The fact that there are no trains between here and either Glasgow and/or Edinburgh is a complete disgrace but no surprise in this backward nation (I'm referring to the entire UK here as well as Scotchland). The bargain hunters are forced, possibly still pished and high on turkey sandwiches and Santa knows what else into their cars to head for the sales. Being a confirmed nae-sayer – I take no part in it. There was nothing of any consequence to buy in the run up, what are the chances of there being anything now? The stock rooms of the nations struggling high streets will be emptied into the stores and the rose-tinted gel of greed will convince the lemmings that its all good.

I have a plan at the back of my mind that to try and liberate some of the gear that’s squatting in my loft over the time that I’m not at work. This consideration is somewhat flawed in that I’m very easily sidetracked. If the phone rings, or I find something particularly interesting then that’s likely to halt the “dig” indefinitely.

Still I need to keep busy or I’ll drive myself nuts. I’m on a wee bit of a jag to photograph button badges to put up on facebook. This too could be shortlived. The world is my oxter basically and this is what's going down in lieu of actually having a life.

Rezillos vid for No. 1 boy on TOTP2 tonight but there’s a lot could happen afore then. I’m not saying it will but there’s always a rumour of a possibility. A wee backtrack over the past 12 months may also be in order but it'll be all new. No cutting and pasting or edited highlights.
Posted by Lindsay Hutton at 8:51 AM 1 comment:
RIP - Eartha Kitt
Posted by Lindsay Hutton at 6:41 AM No comments:
Newer Posts Older Posts Home
Subscribe to: Posts (Atom)