I DOUBT THAT YOU'LL EVER READ A BETTER BLOG POST THAN THIS...


... Amy really outdid herself.
Posted by Lindsay Hutton at 1:24 PM No comments: 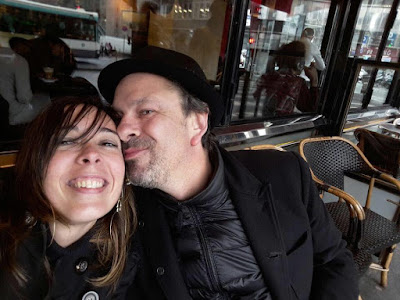 He posted the following tune recently. Let's remember him through that...

Posted by Lindsay Hutton at 12:28 PM No comments:


Posted by Lindsay Hutton at 10:17 AM No comments:

AS HEARD ON PURE A FEW MINUTES AGO!


Posted by Lindsay Hutton at 8:53 PM No comments:

LA FIAMBRERA PUNK EXHIBIT - IF YOU'RE THERE YOU MUST VISIT!!

So it turned out that all those years of hoarding weren’t in vain. I’d posted something about the Madrid exhibition before I took off there but hadn’t seen anything other than some snaps of the way it was coming together.

Walking down those steps to the space, I could never have envisioned the way that it would look. Certainly not the stuff that I’d included. The photos and the art are one thing but to breathe life into material that’s spent the best part of four decades in boxes is something that never crossed my mind, I felt like I was definitely the weak end of it all.

Go to the Facebook page and have a virtual look!

Turns out some of that stuff looks pretty good and what a joy it was to be able to discuss the joys of paste up with a good few like-minded patrons that dropped by. For all of this to go down in my adopted city, it’s all a bit squiffy to contemplate. It was great working with Ruth and Francisco to put it together. Now that all the projects are pretty much done and dusted it’s maybe time to just not plan anything for a while other than maybe a jaunt here or there. I get real sick of me during periods like this.

The time between now and this proposed Brexit shit shouldn’t be wasted. Perhaps common sense will prevail and it won’t happen but I wouldn’t be holding my breath in expectation of that. I count 14 and a bit months to go as bonkers as possible and if we get beyond that then let’s just take it as it comes. We can’t be unscrambling those eggs but there will undoubtedly be breakages along the way. There was an outbreak of that common sense I referred to earlier in America yesterday, let’s hope it’ll catch on. Meanwhile, it feels like the shortest day has been going on for a week. It's hardly gotten light in recent times.
Posted by Lindsay Hutton at 6:26 PM No comments:


Posted by Lindsay Hutton at 6:31 AM No comments: 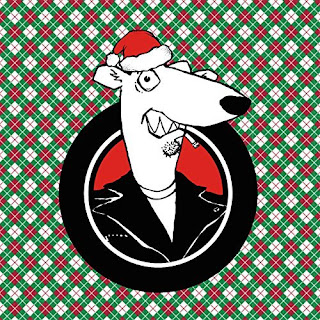 I just realised that I hadn't posted anything in December. I've been busy and I should really tell you why but for now, the best Seasonal music since them Pantone kids put out "Cancion de Navidad" broke cover earlier today.

Yes, there's a virtual SCREECHING WEASEL celebration of the stupid season in all their trademark glory. Many attempts to ape the way Ben picked up The Ramones baton but few have even come close to coming close. These two gems will take you from "Christmas Eve" to "New Year's Eve", what you get up to on either end has sod all to do with me.

This is the Sp*tify link, it is however available from all vendors of the file format. Perhaps this time next year there'll be a groovy wee seven inch version?