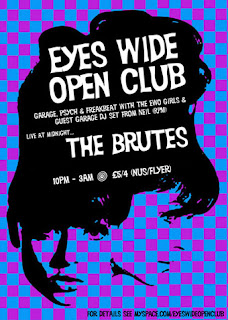 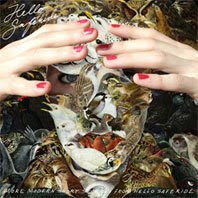 It’ll be practically 3 years to the day since “Introducing…” was released. Time is flying by but it doesn’t seem like it could have been so long. That album helped me over a particularly fraught period and I’ll state right now that I’m biased, because I owe an enormous debt of gratitude to the music that this artist makes. Without wishing to be a drama queen, it has a lot to do with why I’m still hanging in here.

In the olden days, it took at least four albums to reach this level of connection. The authoritative nature of the material bestows a providence that in terms of light and shade and space is pretty much unbeatable. The ability to exact such fine detail in such a simple, direct format is rare these days. Annika Norlin's songs are like short films, the narrative is often so compelling that they probably should be. They’re very real on the landscape of a time when (almost) nothing is.

“I Wonder Who Is Like This One” might sound like a Roky Erickson title but it’ll all fall into place when you hear it. The premise is that people are like songs. Which are you? This segues into “2008” which is positive compared to “2006” but still harbouring reservations. It sounds a little festive too. The dynamic of the segue between the first two tracks hit me like a truck. It's not always apparent that pop music can still do that. Not sure that "Can't Get You Out of My Head" is a good fit for the author or not but it certainly describes the feeling you get when you listen to her work.

I’m not going to describe each cut. You need to discover the joy of HS for yourself. “Overall” is perhaps the closest we come to Säkert! in English and incase you were wondering, it has nothing to do with protective clothing. Sparks and Pulp are just two acts that it reminds me despite the fact that it actually sounds like neither. The piano/hammond that forms the bed of “Lund” is perfect and that’s before you get to the warmth of the vocal. Consider Buffy Saint Marie with Roy Bittan and Danny Federici maybe, then you’re getting close (ish).

Remember “Leaving You Behind” (from the now out of print Would You Let Me… EP)? Well, some of “25 days” may surpass even that. I don’t think that I’ve heard the expression “You stupid fuck” expressed with such conviction. And anybody who knows me understands exactly my predilection for cursing.

By now you should be acquainted with Annika’s imaginary daughter, “Anna”. A chip off the old block complete with those “punk rock manners”. “Travelling With HS” may well remind you of Kirsty MacColl and that’s perfectly reasonable. An odd remnant of familiarity adds greater emphasis to underscore that this is as sonically pleasing a set of songs as you're likely to hear. Maybe ever.

As the strings drift wistfully out of “Arjeplog”, there’s pretty much no other option other than just to “press play again”.