I spent much of today compiling a list of 78RPM records. Primarily to send to a friend in Spain that provides a home to waifs and strays of the shellac variety. The remainder will be found a berth where they’ll be used and won’t stay on a shelf year in, year out. On closer inspection of some, they’re cracked, broken and in bad shape. I should have checked them before but I was more interested in saving them from being thrown in a skip. Thing is that some of them should have been.

I’m learning about the pragmatic nature of being able to let stuff go. I seem to be good enough at it where people are concerned but “stuff”... being a pack rat is an illness. But I’m doing what I can to get better. After my dental hygienist appointment tomorrow morning, there’s a whole lot of other recycling gonna be going on of the old music paper variety. I’ve promised myself that a few pounds of clutter will be lost over these holidays and well, it shall be done.
Posted by Lindsay Hutton at 6:23 PM No comments: 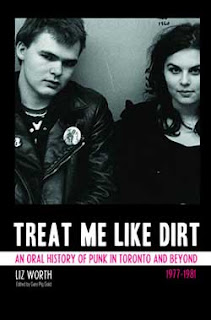 AN UNCENSORED ORAL HISTORY OF THE 1977 TORONTO PUNK EXPLOSION AS TOLD BY THE BANDS WHO WERE THERE...
Treat Me Like Dirt is the first book to document the histories of the Diodes, Viletones, and Teenage Head, along with other bands (B-Girls, Curse, Demics, Dishes, Forgotten Rebels, Johnny & The G-Rays, The Mods, The Poles, Simply Saucer, The Ugly, etc) and fans that brought the original punk scene to life in Toronto and beyond (Hamilton and London).

TREAT ME LIKE DIRT: An Oral History of Punk in Toronto and Beyond (1977-1981) by Liz Worth.
ISBN 978-0-9813694-0-2
This is a limited edition book (first printing: 500), 384 pages and fully illustrated. Contains an extensive index at the back.
Front cover by Don Pyle (Shadowy Men on A Shadowy Planet) who is also in the photo.
It is the ONLY book on the 1977 Toronto punk scene; an indispensable reference work. A wealth of previously unpublished photographs including The Dead Boys, The Ramones, The Nerves in addition to The Viletones, Poles, Diodes, Dishes, Teenage Head, etc. The book offers an extensive history of: The Diodes, Teenage Head, Forgotten Rebels, The Viletones, and also Simply Saucer in addition to B-Girls (Bomp Records), The Ugly, The Curse, the clubs, the drug use, murder, sex and all the adjacent highlights. It is an oral history told by the bands themselves (in the style of Please Kill Me). Includes one of the last interviews with the late Frankie Venom (singer, Teenage Head).
An incredible document of a self-contained world that was influential in its time but never documented until now. A lot of this music is already known internationally thanks to bootleg compilations like Killed By Death and various punk blogs.
The book was written by music journalist and author Liz Worth (Exclaim), edited by pop musicologist Gary Pig Gold, and designed by Ralph Alfonso. Gary Pig Gold and Ralph Alfonso are veterans of the Toronto 1977 scene; Gary ran the legendary Pig Paper zine and released the first single by Simply Saucer; Ralph ran the Crash'n'Burn club that the scene revolved around, manages The Diodes, and is a former rock journalist/photographer (Bomp, Cheap Thrills, New York Rocker) in addition to his current role as owner of Bongo Beat Records (and Books).

More about this tome early in 2010 - meanwhile - assuming that you can't wait... order it at Bongo Books.
Posted by Lindsay Hutton at 7:10 AM No comments: 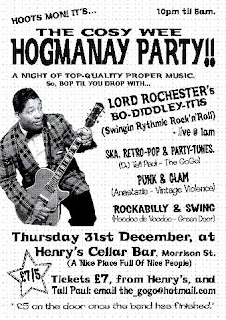 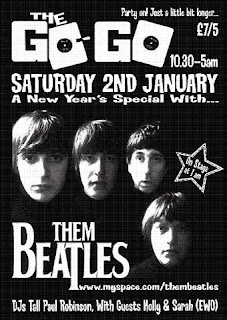