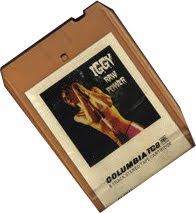 Saturday’s journey down “the lahndon” was altogether leisurely. I kind of expected the train to be heaving but am pleased to report that it wisnae. A wee hold up outside Peterborough but seamless otherwise. I think I even managed to nod off for a bit as befits a person of my advancing years. The customary wander from ‘ammersmiff to Chiswick took an unexpected twist though. High tide and torrential rain earlier meant that the Thames was flooding my route. I was forced to have a wee paddle in order to reach my destination. A somewhat drookit me turned up on the doorstep of my hosts. There would be no gallivanting across town that night but a most convivial evening in The Cross Keys was had with some of the crew that weren’t going to the shows. Actually Rob was but the nature of Monday meant that I didn’t see him.

Sunday was a packed schedule, heading in to town for a rendezvous at The Pillars of Hercules with Mr U and Gert-Olle. From there it was out to the’smiff to try and hook up with as many folks as it was possible to see. During this Brother Joss intimated something very cool that is happening during the impending Edinburgh Film Festival. I won’t jinx it but as soon as it’s 100% official then you’ll know.

A grand hang was had by all (they know who they are) and Sunday there was the first time I’d been in that place since I saw Kiss there in 1976. The same day as I picked up an album by RAMONES at Harlequin in Dean St. Anybody know what happened to them? It would really have been a gas if someone had the presence of mind to include Andy Dunkley in this big stramash. He as much as anyone kept The Stooges spirit alive when almost nobody cared. The only real difference was that downstairs is standing – like terracing - although I believe they do have seats sometimes too. It’s a good venue with excellent sightlines, unless of course a muckle giant decides to stand directly in front of you.

Suicide were due on at 8.10pm and around that time, Paul Smith walked on and threw the switch on his Seeburg Rhythm Prince. This robotic throb would pulsate until NY’s finest took to the stage. As the noise which greeted the intro to an approximation of "Ghost Rider" kicked in, Alan dedicated to his recently gone amigo- Alex Chilton. A nice touch being that he was a fellow traveller that never “mailed it in”. It became clear that this wouldn’t just be a run through their debut. Some of them would be barely recognisable other’s would be eerily beautiful but every second was wonderfully awry. Rev pummelled and Vega prowled and screamed. Both of them grimace as almost nobody can and continue to create shapes that are routinely sculpted from some wild energy that can’t be of this earth. They can still polarise an audience and they did that on Sunday alright. No missiles were thrown but have you noticed how difficult it is to sneak an axe into a gig these days?

Several conversations were overhead that went along the lines of “What was that?”. Ha ha.
As you know, I have no real interest on the continued celebration of Iggy and the Stooges. I watched a little of the set and thought that “Your Pretty Face...” was good. The sound was pretty awful and it reminded me a little of Status Quo. The completely and utterly spontaneous stage invasion seemed to be conducted way too early in the set but it did include Spizz and his self publicising LED-wear. I left the hall and met Mia out in the bar. She’d seen John Otway the night before. By the end of the night I’d consumed way more drinks than I’m accustomed to. When Monday rolled in, me 'ad a fuzzy heid that lingered for the entire day.

I wasn’t even going to attend the second night but Per sent me the tickets he couldn’t use and it took me a long time to get someone to take the spare. It turns out that despite the marquee saying “sold out” there were plenty of tickets available. Nice to finally meet Mr Nick West. Suicide were entirely different on Night 2. Still uncompromising but bordering on symphonic in comparison. Shards of “Dream Baby Dream” seemed to percolate through “Che” and the version of “Cheree” was ethereal. I was fortunate enough to be able to go back and see Liz, Alan and Marty during The Stooges set so that’s what I did. Always an honour and a distinct privilege. I stayed there until yer Nick Cave’s and whoever started coming in. T’was time to take my leave and wander back along the shoreline toward what passes for reality. One of two people I passed was walking a huge dog.

Several shades of fun was had over the past two nights and rather than pass out on the couch in front of the TV I felt I oughtta get my report filed.

There are photos of Suicide by Martin and Brian here.

Sadly there were no USB presentation sets of Alan and Marty’s set available after the show. If you want The Stooges one then go here but really, why would you?

I know most, if not all of you, disagree with my disgust of the catalogue milking. Next up for shaving is “Kill City”. I’m happy for Iggy to make money just as I don’t have to watch him. Or hear him for that matter. You can tell me how great it was, and I can read five star arse licking reviews in The Guardian but I don’t understand what the fuss is about.

Give me Matt & Kim any old time and please don’t try to change my mind. That is all.