Birthday salutations to the one and only Alan Vega for today! You don't get many of those to the pound (or kg if you prefer).
Posted by Lindsay Hutton at 11:58 AM No comments: Remember those days of very cool label compilations? Like The Age Of Atlantic, or The Rock Machine (Turns You On) or even You Can All Join In? Well here's the 21st Century equivalent. Weighing in as a sampler and also a damn fine selection of now music (as opposed to junk like That's what I Call Cannon Fodder Vol whatever). There's A Razzia Going On Vol 1 (with Wee Vega on the front there) collects the label assets and presents their store front as it means to go on. HS needs no introduction but Adiam Dymott's "Memory Loss" is very Sparks-like and just an utterly amazing cut. I'm not sure where they find them. Tripoli's "Walk On" was another new one on me. Like Sharleen Spiteri taking some time out in the black lodge. Other faves like Firefox AK, Konie and the Droid fellas are here too. You might have missed Svenska Kürkan's "Besatt" with it's Westworld meets The Stooges skiffletronica. Well here's another crack at scoring it. Their garnering quite a stable here. All pure thoroughbred pop for every occasion.

It's all too easy to become jaded with the state of music but this is the proverbial shot of jolt cola or even mountain dew. As refreshing as it is entertaining, the Razzia hit machine will turn you on. Lang may it's lum reek!! New Hello Saferide album, title TBA on September 24th. Blimey.
Posted by Lindsay Hutton at 11:35 AM No comments: 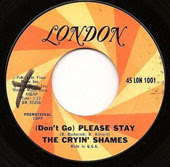 So finally, it's ready for action. Kevin Patrick's So Many Records, So Little Time is a brand new blog that'll have NBT regulars (and anybody else with the bug) burning many hours on 'ternet.
The tracks and the stories provide seamless entertainment that will thrill music nuts to the core. Prepare to discover new gems and be acquainted with old standards that you've perhaps forgotten. Might as well plonk it into your favourites right now.
Keeping and restoring faith in one fell swoop!
Posted by Lindsay Hutton at 9:40 AM No comments:

So to the first EIFF to take place out of the context of Festival City in August. There are several opinions and counter rumours as to why this actually happened. None of which I feel like dragging through the neighborhood right now. I approached the programme this year with the outline that I wouldn't go to anything at Cineworld. First up was Louis Malle's Viva Maria. You can't go far wrong with some very safe burlesque positioned within an extended episode of "The High Chapparal" with "Wild Wild West" tendancies. The fact that Jeanne Moreau and Brigit Bardot are involved don't hurt none either. Of course, it's utter tosh but pretty good fun with the girls coming on like the Morecombe and Wise film, "The Magnificent Two" which came out around the same time as this did originally.

Good to see Mr McKay so we retired to a local pub between screenings. By the time we left there, the heavens had opened and things got a bit damp. Patti Smith: Dream of Life is a documentary which meanders in alternative chronology but on the whole is very good if you dig Patti. I'm sure that there's a double length version someplace and that it was probably difficult to shoehorn into just over 90 minutes. I particularly liked the bits where she went to visit her parents and also when she and Flea shared peeing on the hop stories. Her son's Jackson's likeness to Fred Smith is uncanny. It also features Benjamin Smoke on stage with the PSG group just before he died. Actually I thought he was dead by that time. There was no introduction or appearance by the director or Ms Smith. That sucked. If the film maker isn't up for attending then their film shouldn't be in the programme. Simple as that. So I still don't have the answer to my Geator dilemma but the quest goes on.

From there, it was on through a horrible, drunk strewn Edinburgh which seems to be under construction. The grassmarket is something of a maze to be negotiated. Packs of stag party fuckwits roaming with their pointy faces toward Burke and Hare's strip joint. There was a pertty bad vibe in town and there were little posses of police trying to keep a lid on it. It was the polar opposite of my experience in Stockholm the previous week. And these people could drink the scumhordes from here under the table twice still there was no overbearing nastiness.

So I finally made it to the Liquid Rooms just as The Five Aces were closing their set. It was underattended to the point of Phoenix Nights. The Primevals were their usual stonking selves and it seemed to by in a heartbeat. If you can make it to the show in Stereo tonight then do so.

More packs of ugly, pished idiots were negotiated on my way to the station and sitting on the train I was thinking to myself, fuck this for a game of soldiers. Ostensibly I have another couple of films today but I'm not altogether sure that I can get it together to drag myself into town. We'll see, loathe as I am to waste the tickets - the flesh and spirit are competing for the accolade of weakest.
Posted by Lindsay Hutton at 9:07 AM No comments:
Newer Posts Older Posts Home
Subscribe to: Posts (Atom)