Jeez-o. JD is pitching 'em quicker than I can field the blighters. Does that make sense? I have not a scoob about sports terminology but it does to me. Three more chapters of Metaphors, go get them...

and Mose Allison in The New Yorker (thanks Amy)
Posted by Lindsay Hutton at 6:25 PM No comments:

Everybody knows that the finite format for enjoying popular music is the 7” single. Even something like Radiohead might sound better like that, not that I’m about to listen to that guff on the off chance. And that brings me to a few excellent examples of the breed that I’ve encountered lately. 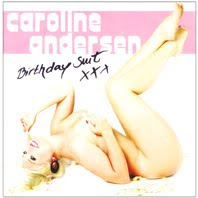 Caroline Andersen’s “Birthday Suit” on L’Edonista is pressed on hot pink vinyl. As perfect a burst of cheeky (no pun intended, particularly if you’ve seen the sleeve) motorised pop as you’re ever likely to encounter. Brought to you via the good offices of Captain Morten Henriksen, effervescence guaranteed. I think there’s an album in the works so as soon as that is on its way then you’ll be getting the skinny. See what I did there? You’d never think for a moment that I’m sitting here kvetching over how much my car MOT is gonna shake me down for. Caroline has a way of making you forget about stuff like that. 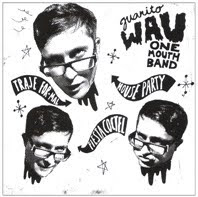 I mentioned Juanito Wau’s One Mouth Band before and his debut 45 is out now on the charmingly monikered I Shit In The Milk imprint – pressed on white vinyl with brown print, very fetching. No matter how broad-minded your mother is she won’t like this. Beatboxers beware as this human (?) hot rod delivers his satanic oral revs in a way that will outright worry Bobby McFerrin fans. I feel a strange affinity with this guy because I used to perform similar noise-making experiments. My excuse is not being able to hold a tune. But Juan can – you betcha. Brilliant and uncompromising, the wildest thing I’ve heard in a very long time. (Cheers Inigo) 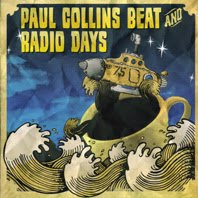 I had the pleasure of meeting Mr Paul Collins in Madrid last October and have been digging reinvestigating his excellent back catalogue. This split single with The Beat and Radio Days on Italian label Surfinki is a great example of just how he’s still cutting a dash here in 2010. The PCB side is toting a kind of Skeletons do Billy Joel shindig and RD are operating in a universe not entirely removed from that of Teenage Fanclub. (Thanks Juanco) 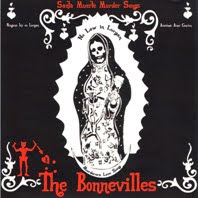 The Eruption Organisation has unleashed their first foray into 7” vinyl with a split 45 that features a side apiece by The Bonnevilles and Thee Phantom Herd. The former are Free or Frankie Miller having done some kind of RJ deal with the devil. I was expecting something entirely different but this could have wide appeal and is several light years better than anything I’ve heard by The Raconteurs to drop a name. Other than the fact that I believe said combo knocked out a version of (I think) “Headin’ For The Texas Border”. Thee PH are not without their charm also and I’d venture that this could be how the JJR could sound if they took their hooves off the decibel level. This is swingin’ lowdown dirty bluesmanship. “Lordy” richt enough and will raise you a “have mercy”. 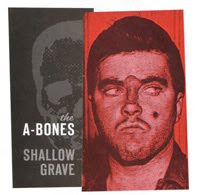 I would hope that you’d all have the A-Bones “Not Now!” by now but maybe you don’t have the 45 of “Shallow Grave”. Written by Andy Shernoff and performed with the gusto you’d expect from the Nortonian royalty. When I spin this it makes me miss them SO MUCH I can hardly stand it. And in addition you get a non-LP cut. What’s not to grab. 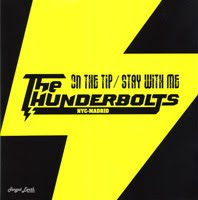 Twinning Madrid with NYC is not a new concept. There’s been a tunnel between the two for a long time and The Thunderbolts is a cocktail of two Dictators (JP and Ross) and three died in the wool (The Pardos and Juanco) Spanish rock guns for hire. Japanese label Target Earth has released a JP song “On The Tip” with a cover of the hymn “Stay With Me” sung by Miguel as a shiny black thing that ought to put a bustle in your hedgerow.

Still no word on the car, no news is er, no news