Posted by Lindsay Hutton at 6:04 AM No comments:

If you find yourself in NYC this Sunday... 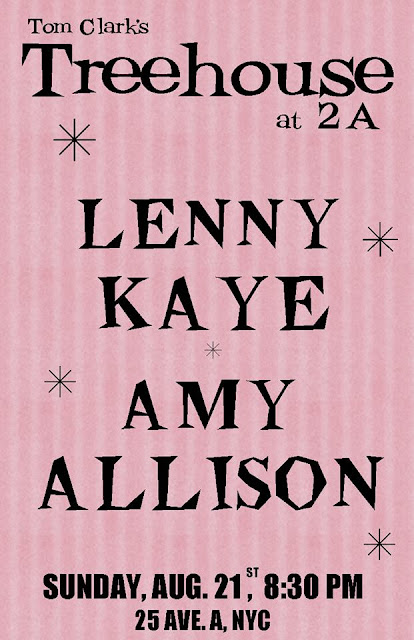 Posted by Lindsay Hutton at 6:52 PM No comments:

TWO WEEKS FROM THIS COMING MONDAY! 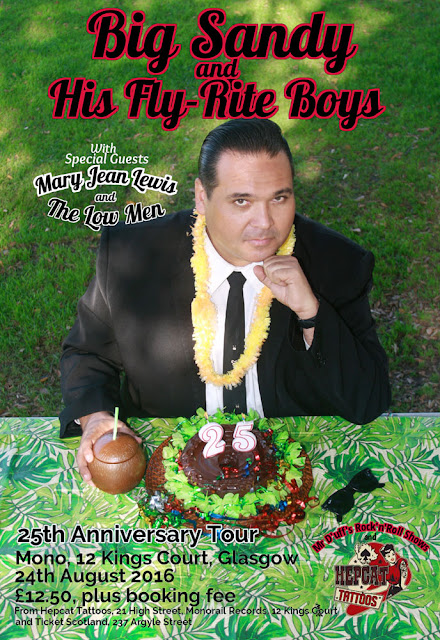 Posted by Lindsay Hutton at 8:43 PM No comments:

I've not long completed a mission that involved heading south east from Moss Rock City to Risør, a picturesque town “doon oan the watter”. Like Anstruther on steroids. The event was Fyrjam 2016 where Reine Laken (Clean Sheets) were playing after a 5 year hiatus.

Given my advancing years, I didn’t want to take the chance of not being mobile the next time they might deign to play.

Protestations of not being technically proficient fell on (these) deaf ears. There was a genuine buzz when they arrived on the island - Stangholmen - where the show was taking place. These lassies have a presence and it’s a swell spot. While the means of getting to and from the island might be problematic to a landlubber like me, it’s a skoosh for the locals. And talking about locals, the way that they support this venture could be a lesson to us here in the ‘K. We ain’t united anymore (Toto).

4 gals, 7 songs (all covers). There’s no record to sell but there were some natty t-shirts. They do this for fun and to (seemingly) shred their nerves. Four lifelong friends with genuine chemistry that bonds to make an honest, joyous racket that I will forever take over utter dross like The St*ne R*ses that I genuinely believe couldn’t hold a tune with all the hard drive action in the world.

Reine Laken (alphabetically) is Gry Hartvigsen - drums, Hilde Lokander – guitar/vocals, Ingri Østerholt - bass and Line Schibstad – vocals. Hilde’s son Lars joined them for a romp through Green Day’s “Basket Case”. The Laken include two of the most beautiful souls (Gry and Hilde) that it has ever been my pleasure to become acquainted with. When I met the other two girls on Saturday then “I got it”. The fact that they're all old enough to know better makes it even cooler.

There was a story going around that this and the show at Solbakken Fuzzfestival in Arendal this coming weekend (6th) might be their last but I hope that doesn't turn out to be true because they’re absolutely playing for all the right reasons. Not giving the danger a thought at all, just thinking of the fun.

It takes a lot of bottle to do what they did. And talking about glass vessels, there was also a nifty wee pub called The Peterhead Bar involved. An after-party there led to your reporter being able to overcome a 20 year old phobia.

And he’d do it all again in a heartbeat with quality company such as this.