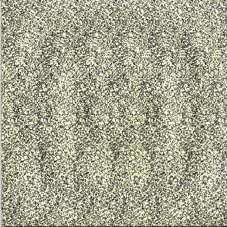 The latest in consistent static from Moon Duo is this two track 7" on Agitated. Timely as the Electric Eels single of the same name will enjoy a special release (on the same imprint) for the impending Record Store Day. While aspects of this "happening" scream racket at me, the kernel of the idea is an important one. The spirit needs to be sustained for 365 days not just 1. And I don't care how limited The Hold Steady release is, I still don't fucking want one. Thanks though.

So you've got "Catch As Catch Can" and a suitable incendiary re-telling of The Scientists "Set It On Fire". In addition to making compulsive noise they have excellent taste into the bargain. Can't find anyplace where you can stream it or grab an mp3 but really, you need to grab a copy of the single. This stuff is tactile and a "file" simply isn't enough to keep a lid on just how contagious this combo is.

Note to Phil Alexander - This is the best rock'n'roll band on the planet right now because the noise they kick up seeps right into your bones. There's nothing approximating a varnish thin veneer here, this is solid mahogany to the point of mighty oak. A real reason to howl.
Posted by Lindsay Hutton at 11:13 AM No comments:

Brother Don just sent me this. Way more impressive than anything CGI could ever hope to offer...