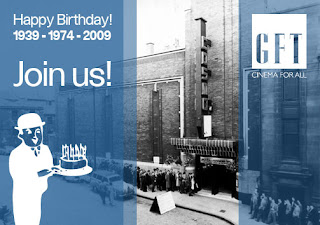 It's the GFT/Cosmo
birthday celebrations
on Sunday, May 10th...
Details here!

So here we are again. Not at full pelt but getting there... still need to sort out the photoshop gremlins. Anyway, while I listen to Two White Horses debut that arrived today (Thanks Louvisa!) here's some infotainment...

The Monks in the Guardian including a quote from PJ. Note: "Out Of Our Tree" was not on the original Nuggets although it does appear on the CD box. I don't know, was it on the initial Rhino vinyl extension? Also, why does Gary Burger's name appear as Berger several times? A spellcheck folly?? Pretty trivial I know but let's get it right!!

The Jordan/Loney/A-Bones tag team will reprise their recent Nola triumph in the boroughs of New Jersey (Maxwells) and Brooklyn (Southpaw). 23rd and 24th July respectively.