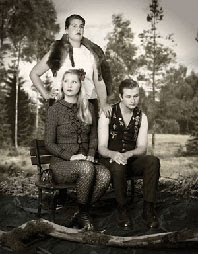 There’s a certain band from the West of Scotland. They were everywhere a year or so ago and now it seems like they’re nowhere. Strangely it was a Swede that first alerted me to their existence. I'd seen the name but blanked it because it was so godawful.

When I played Pascal to people, the initial reaction was that they sound like the combo in question. Albeit that the songs were in Swedish. This was ultimately proven wrong over the course of a whole record because these here folks are consistently multi-dimensional. They positively flicker with energy whereas the others have one trick that they do pretty good but sometimes that ain’t enough.

And now is the Gotland trio have further honed their buzzsaw symphonies into a splendiferous racket. Light and shade and space blaze and bleed in their relentless, passionate throb. The MC5’s “Back In The USA” led off with a version of “Tutti Frutti” and "Orkanen närmar sig"(“The Hurricane Is Approaching”) does likewise but instead of bolting out of the traps, this one undulates in a Cramp-tastic fashionIt’s in no hurry to get anyplace beyond under your skin. "Måne över Fårösund” establishes a mood and never lets up. Pascal pulsate. That’s what sets them apart. They swing too and that’s a pretty lethal combination. Dynamic-wise. 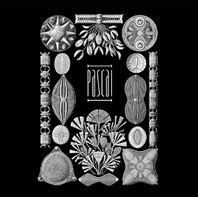 I imagine that the language barrier may impede them becoming as popular as they deserve to be. This is the problem with populist culture in general. By the time you get to the eye of the storm, they could be gesticulating in Swahili for all that matters. It’s the sound they kick up that matters. The instro-mental, “Party” channels a message from Link Wray wherever he is and the title song is a brooding, twang-st ridden masterpiece that ebbs and flows kind of like the phenomenon it takes its name from.

This has been out on Novoton since the end of January and the band is currently traversing their home country. Pascal is a tsunami-like force of nature and one to be reckoned with. One of these days I’ll do a little storm-chasing to attend one of their zombie “dansa” shindigs but until then, their recorded squall will have to suffice.
Posted by Lindsay Hutton at 11:56 AM No comments:

Here's a taster of what we missed last weekend and keeping up the pop element, there's a connection between the two. Div you ken what it is?

Posted by Lindsay Hutton at 8:24 AM No comments: 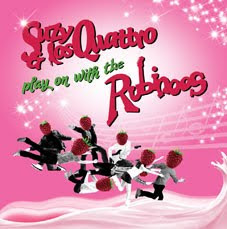 It’s a melancholy time following Doug Fieger’s exit from the theatre but the power pop torch still burns braw and bricht. There’s no finer example than this upcoming 7” single from Suzy & Los Quattro and The Rubinoos taking on The Raspberries “Play On” and The Sweet’s “Fox On The Run”. Straddling two generations of titanic “teen” pop collide to bring you the listening equivalent of how space rocks used to go off in your mouth. Elements of The Who and T. Rex bleed into the crunch re-energised for these largely anthem-deficient times. Two ace acts come together for your considerable listening pleasure and a finite example of why everyone should be smitten with these Barcelona-based champions.

Soon as I get a link to where you can hear it, I’ll hook you up. It’ll be available in digital format too but you’ll want to get your paws on the vinyl. That will definitely be available from the illustrious Soundflat in Germany but I’ll let you know where else as soon as I do.
Posted by Lindsay Hutton at 7:57 AM No comments:

I think we'll go for a pop theme today... whether it's been some time since you saw this or not, it's a heckuva place to start.