Thanks to Francesco Calazzo via Rock Backpages Blogs
Posted by Lindsay Hutton at 4:05 PM No comments:

At a loose end in Stockholm tonight... 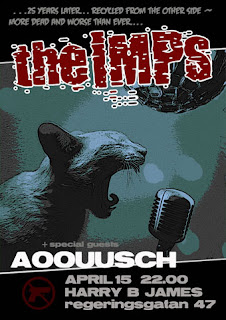 Posted by Lindsay Hutton at 3:11 PM No comments:

So what is with monks mania! Mojo, NME, The Guardian – all going under the thunder to a lesser or greater degree. This is great and an undeniable thread from the days when combos like Das Furlines were preaching the gospel when nobody else was. Those girls even have a UK cousin in The Nuns right now. Anyway, for whatever reason, “Black Monk Time” is enjoying something of a Disney-like resurgence and that has to be a good thing. The apocalyptic “Oh, How To Do Now” would be a perfect closing theme for the endtimes.

I don’t know if the Light In The Attic release is the same as the recently reissued Universal version, the latter sounds great, way crisper than the one on Repertoire. This is all due to, in no small part, the documentary “monks - the transatlantic feedback”. Dietmar Post and Lucia Palacios created a monster when they made it possible to see this phenomenon as well as hear it. 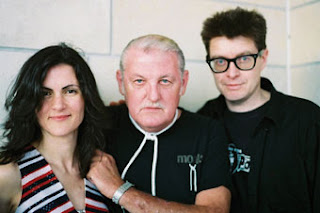 To wit… there are three chances to dance coming up in the building site known as Edinburgh. The Cameo is screening the monkumentary thusly so hop to one of ‘em accordingly:

(Thanks to Ian and Paul for the info)

After that you can go to Play Loud! and score the dvd direct from the filmmakers to help keep their coffers afloat. Extras include the full TV clips and also a very good interview with the late, great Dave Day.

Lucia and Dietmar with Dave - Photo by Theresa Kereakes - Los Angeles 2006
Posted by Lindsay Hutton at 10:57 AM 1 comment:

Two louder than the cadbury's gorilla! (Thanks Chris)
Posted by Lindsay Hutton at 9:05 AM No comments: 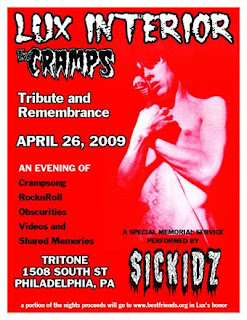 If you are ANYWHERE in the Philly area then this is a must attend. No excuses.
(Thanks Rich)

Posted by Lindsay Hutton at 8:58 AM No comments: 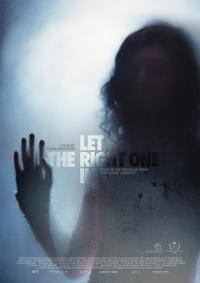 After humming and hawing about catching a couple of movies this past wee while, I seized the day after a pisser of a start. I remember sitting here and thinking that I have 12 minutes to catch a bus. Guess that would be what high flyers call an executive decision. Anyway, I didn’t want to drive to the station then to take a train. There’s something reassuring about cruising in the bus lane past the traffic that’s creeping slowly toward its destination. If I can bodyswerve driving then I will. Always.

12.45pm screening of “Let The Right One In” (Låt den rätte komma in)? Don’t mind if I do. The film has been getting big licks in the press. A Swedish vampire yarn with a twist, I’m not sure what's hit a nerve with the critics but for once they’re at least offering a good tip. It is good and the thing I dug most about it was the locations and the tranquillity of the sequences with the snow. Set in the Stockholm suburb of Vällingby, it reminded me of the long walk I took with Qina last summer.

I need to find out what the 45 that Oskar played for Eli was. Think that there was something in the credits about Per Gessle, but I couldn’t figure it out. At that point, I was the only person in the cinema. What is it with people that don’t stay until the bitter end? Should you see this? Well, yeah. It’s not for everybody and although it did drag a teensy bit, I think that the ending is good. Apparently it’s a faithful take on the original novel. You’d really have to get the definitive word on that from somebody who has read the Swedish version. I can’t read so there’s no use in asking me. Not sure about the trailer, but you can see it at the film website. 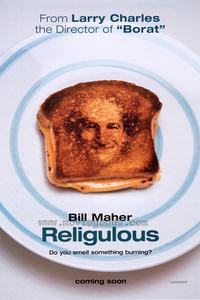 So that got me back out on the street and from there I headed for the 3.30pm show of “Religulous”, a documentary about religion as “neurological disorder” with Bill Maher as your reporter, directed by Larry Charles. Don’t about you but I’m de-sensitised to this type of film now, to the point that I can't tell if it's actually a spoof or for real. If reality TV isn't real then there's always the poss that a documentary might not be either. You can trace that back to my "guilty until proven innocent" credo. Probably. There’s always the possibility of Chris Guest or Michael McKean walking on screen. Particularly in the “Holy Land” theme park segment. The Bob Tilton footage got a big laugh and my thoughts were very much with Brother Randall and Sister Donna at that point. I imagined us all sitting watching the "crucifixion" amongst the flotsam that would attend such a thing. some of them clapped when the centurion beat on Hey-soos.

I like Maher, he’s a funny guy. Not as much a household name here as Jon Stewart, he seems to take more chances. For “Curb” fans, there are a lot of those extended pauses at the end of a “scene”. This is presumably an LC device to keep things sweet for himself. It’s a Larry David world we exist in after all...

I seldom think that it would be better to watch something at home but “Religulous” is an exception. There were a couple of points where I could happily have gotten up and put the kettle on. To me, the subjects were just a little too easy to take the piss out of. Couple of other aspects rankled too but in toto, some of it is pretty sharp. Like ouch.

Late news (courtesy of Mr U), the “mystery” tune in “LTROI” could be Gyllene Tider (Golden Times), Per Gessle’s old band. A wee root around identifies this as “Kvar i min bil”. So now I need to hear more. Could be a Gessle jag on the horizon.

The poster images came from here.
Posted by Lindsay Hutton at 8:32 AM No comments:
Newer Posts Older Posts Home
Subscribe to: Posts (Atom)